LOST IN THE STARS – The Music of Kurt Weill 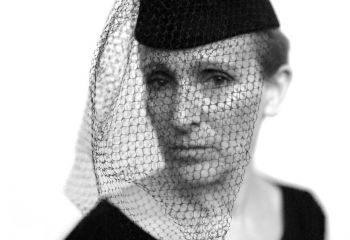 Tickets
Voice: Sanda Weigl
Viola: Mat Maneri
Piano: Lucian Ban
Lost in the Stars presents the music of Kurt Weill and the German - expressionism songs of the Weimar culture in a stunning interpretation by the singing sensation Sanda Weigl with accompaniment and arrangements by downtown NYC jazz iconoclasts Mat Maneri on viola and Lucian Ban on piano.
Songs from The Threepenny Opera, the Rise and Fall of The City of Mahagonny and other Weill gems are radically re-imagined in a program that blends cabaret, 20th century classical avant-garde music with jazz and downtown New York experimentalism.

Born in Bucharest, Sanda Weigl and her family had to flee political persecution from the communist regime to Berlin, Germany where they were reunited with the only surviving relative, Helene Weigl, Bertolt Brecht's widow and director of the Berliner Ensemble. Sanda was immersed in the Brecht/Weill tradition, meeting Lotte Lenya and studying with Helene.
As outspoken politically as she is uncompromising musically, Sanda first achieved fame as a teen-age member of one of East Germany’s most popular rock band. After publicly denouncing communism she was banned from performing and later expelled to the West where she was free to continue crafting her art.
Since relocating to New York in the early nineties, Sanda has performed her singular interpretations of Romanian Gypsy music, the music of Edith Piaf und Marlene Dietrich and also the songs of Brecht/Weill and of the Weimar era to critical acclaim throughout the United States, Mexico, Poland, Germany, Austria, Israel, and in her native Romania among other places.