Carly Wijs: US AND THEM 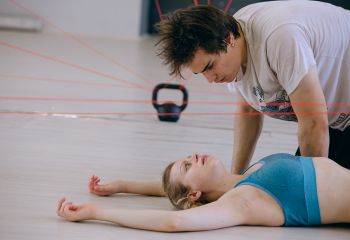 Directed by BALÁZS BENŐ FEHÉR
Director’s assistant: Zsuzsi Szakács
Dramaturgy: Bence Biró
Producer: Tibor Orlai
A boy and a girl. The first day of school. Thirty-five terrorists.
One thousand one hundred hostages, therefrom seven hundred seventy-seven pupils.
Carly Wijs’ 2014 drama addresses one of the most dreadful events of the 2000s, the Beslan school, presented through the viewpoint of two of the children, detailing how they felt about what they witnessed and experienced. The production is directed by Benő Fehér Balázs.

The Beslan school siege started on 1 September 2004, lasted three days, and involved the illegal imprisonment of over 1,100 people as hostages (including 777 children). The crisis began when a group of armed Islamic militants, mostly Ingush and Chechen, occupied School Number One in the town of Beslan. The hostage-takers were the Riyad-us Saliheen, sent by the Chechen warlord Shamil Basayev, who demanded recognition of the independence of Chechnya, and Russian withdrawal from Chechnya. On the third day of the standoff, Russian security forces stormed the building with the use of tanks, incendiary rockets and other heavy weapons. 334 people were killed, including 186 children.

“As adults, we are conditioned by our overly dramatised perspective, by the media, by ourselves, into black and white thinking: ‘Us’ versus ‘Them’. The refreshing thing about a child’s gaze is that it is not coloured by the need for ‘dramatic interpretation’, because that view of things does not connect to their own life. And if it does connect to their own life, it is tackled through imagination. That is what Us/Them is about.”
Carly Wijs 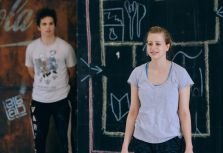 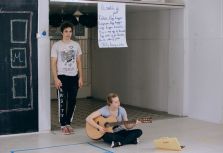 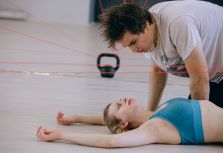 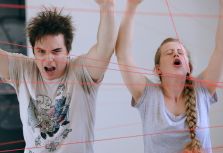 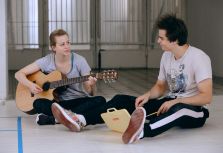 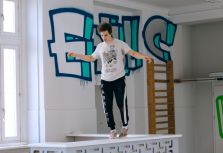 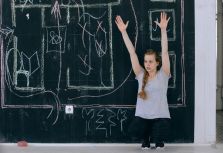 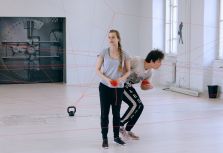 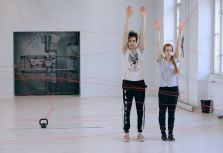