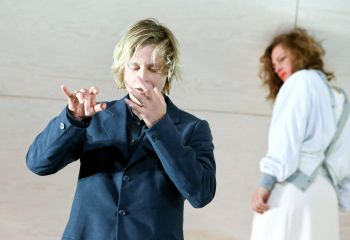 Based on Joseph Roth’s novel

Joseph Roth’s novel has been adapted for stage by Koen Tachelet. The story of an Eastern Jewish family sets off in Galicia and ends in America. Mendel Singer, his wife Deborah, and their three children depart for America, leaving their youngest son, the mentally ill Menuchim, behind. The parents perceive their son’s illness as a punishment from God. A Rabbi once told Deborah that Menuchim would get well only if his family stayed with him. In America, the father realizes how much he misses Menuchim and his home as further misadventures take place. At last, he cannot bear it anymore and breaks with faith. But Joseph Roth saves a wonder for the end.

In this performance Lisa Nielebock is fascinated by the profound human problem: how does one deal with life? How to embrace something that one cannot, that one does not want to accept. For her, Roth’s novel is an amazing and unusual story, which takes a sharp yet humorous look at Jewish life. Nevertheless, the story could equally occur in the context of any other religion. Lisa Nielebock states that in Roth’s novel religion is the building inside which the characters feel safe. Religion is a way to entrench oneself. 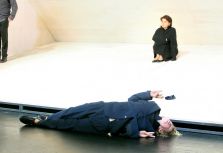 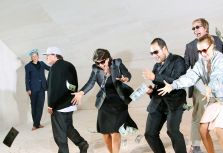 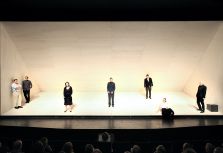 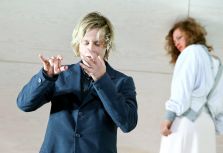 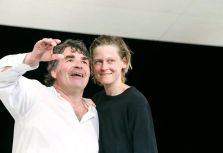 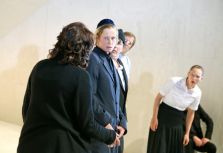 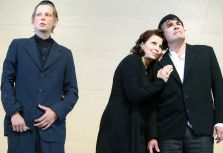 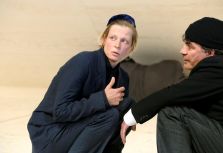 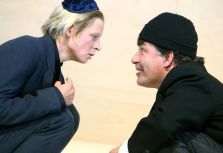 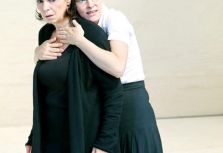 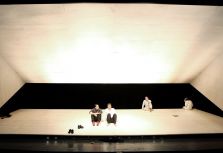 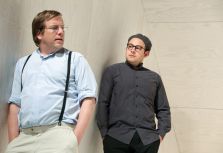 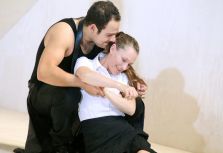 With the generous support by