András Urbán: IN THE NAME OF THE LORD 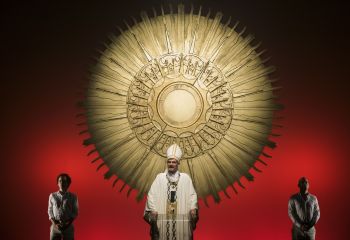 1h 40’ without intermission
In Hungarian with Romanian and English subtitles.
Age recommendation: 16+

The performance is a brutal politically incorrect stage action. It uses a new political paradigm - we are allowed to be bad guys. Does this mean that the “Kosztolányi Dezső” theatre suddenly turned right? Come and find out!

The term ‘liberal left’ does not exist. It was invented by those who are lazy and on the right side of the political spectrum, in order to describe their enemy. The performance is a defense of Judeo-Christianity... that is, of Christian Europe. At the cost of self destruction. At the cost of destroying democracy, as the only form of social and human freedom. The goal is to push toward the edge ... Nobody is right except us. Our way of life is unacceptable for the religious culture that follows ours. There is no escape. Except conflict with the other. And with ourselves. There are no issues with refugees either, until we take a closer look at them. We love them as long as they are locked in old brick factories, now functioning as illegal immigrant centers. But they do not necessarily matter. Islam is pleasant as long as we travel on holiday to Egypt.

No more tolerance. It’s time to accept ourselves as we are.

The performance, at the border of Europe, in exactly the place where the famous Hungarian fence is located, where two great religious cultures confront each other... They pretend that they do not know each other... And they do not, until they see each other through a sniper’s scope. We do not know them either. Until they enter our bedrooms.

And among all this is the person. The individual. And he needs to remain standing. 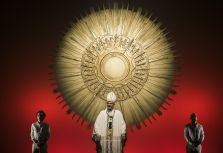 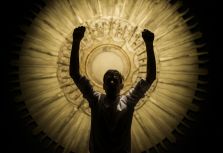 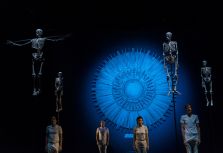 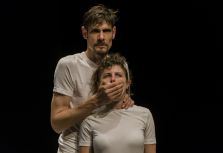 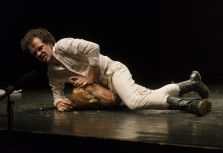