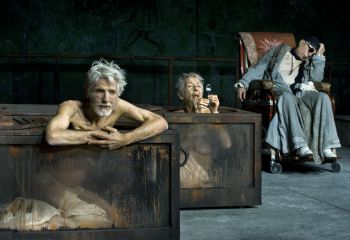 We thank the Documentation Center for Performing Arts and Music (CDAEM) - INAEM - Ministry of Culture and Sports (Government of Spain) for their collaboration.

When the world seems to have extinguished forever, on the ruins of faith, two characters live in a claustrophobic room and provoke each other: Hamm, the master, a blind paraplegic man confined to his wheelchair, and Clov, the servant who cannot remain seated and wanders around in space. Trapped in a trash container, from which they occasionally peek their heads to speak, are Nagg and Nell, Hamm's parents, who lost their legs in a bicycle accident. In Nell's words: "Nothing is funnier than unhappiness".

"Assuming that Endgame is an extremely personal work, let's not be fooled by its buffoonish grin, its clown mask (Clov – clown), its inexorable, incessant and infinite irony, its cynicism... Cynicism often represents the metaphysician's stance towards omnipresent sentimentality... So, if Endgame is a profound work and at the same time secretly personal, we cannot help but keep track of strange and mysterious identifications... Hamm is the self, but not only the self of Beckett, of the reader or of the one who is writing now, as he discovers with fascination and horror the successive spaces of the Beckettian text, not only the self of José Luis Gómez – who embodies the character of the blind man – nor the I of the spectator, but a universal self: an entity that has the opportunity to be a person and inhabitant so absurdly central to the world. Here is a fantasy that haunts us in terrifying moments of enlightenment: I am alone, the world has ceased to exist, destroyed by an inexplicable catastrophe. I have always carried this catastrophe within me, from the first fears of childhood, before I knew that the world was also hiding – a real possibility – or simply, that it had already happened, already be it the biblical flood or the nightmare of the Second World War... Or that it is yet to come, embodied in the flower of atomic destruction that germinates in our mythical environment. All of them are rooted within us, as if it were a particular embryo embedded in our self, decisively and mysteriously linked to evil and loneliness... I am bad because I am alone... or I am alone because I am bad... – where is the beginning?"

Born in 1943 in Jastrzębie Zdrój, Poland, Krystian Lupa studied graphic arts at the Academy of Fine Arts in Crakow. He began his career as a stage director at the end of the 1970s at the Theatre Norwida of Jelenia Gora, at the same time directing some productions for the Stary Theatre in Crakow where he was appointed resident stage director in 1986. Since 1983, Lupa has been teaching stage direction at the Academy of Drama in Crakow. In a text entitled The Theatre of Revelation, Lupa presented his concept of theatre as an instrument to explore and overstep the frontiers of individuality. He directed and adapted for the stage authors such as Musil (Sketches of The Man Without Qualities), Dostoyevsky (The Brothers Karamazov), Rilke (Malte or the Triptych of the Prodigal Son), Thomas Bernhard (several titles), Chekhov (Platonov), Hermann Broch (Sleepwalkers), Werner Schwab (Die Präsidentinnen), Bulgakov (The Master and Margarita), Friedrich Nietzsche and Einar Schleef (Zaratustra), Lars Norén (Category 3.1), and performances based on Andy Warhol (Factory 2), and on Marilyn Monroe and Simone Weil (the diptych Persona).
Mr. Lupa was awarded numerous prizes, amongst which the Europe Prize in 2009. He's a member of honor of the UTE.
In Spain he directed Beckett's Endgame (Teatro de La Abadía, 2010) and Bernhard's Before the retirement (Temporada Alta / Teatre Lliure, 2016) 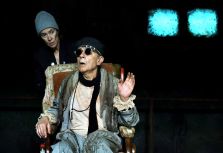 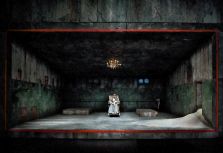