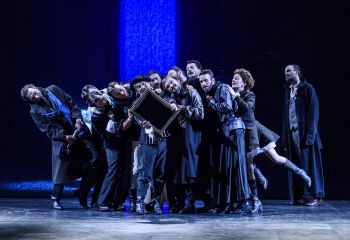 Timon, lord and later a misanthrope of the city of Athens in the 5th century BC, lives far beyond his financial means by spending his fortune on gifts for his friends and on all kinds of pleasures, involving the entire population of Athens. He believes he can buy happiness and fulfillment and creates an artificial paradise for himself in a city of decay. Very soon, his friends and those who have benefited from Timon’s generosity will have to prove their loyalty to him.

With Timon of Athens, Shakespeare sets aside the theme of love as well as the great agonizing questions that followed him throughout his career, and deals with an everyday, tangible matter, familiar to us like no other: money – who owns it and who doesn’t, who owes how much to whom, how debts are or are not being collected; money as a means to avoiding crises and creating illusions. A drama dealing with the extremes, a timeless and always relevant play about wealth, debt, flattery, willful blindness, delusion, generosity and thanklessness. And if it is staged in “contra tempo”, it is also a play about friendship.

Stathis Livathinos returns to directing Shakespeare with one of the great playwright’s most enigmatic and appealing plays, and a central character that has been celebrated over the centuries like few others. From Aristophanes, Strabo, Plutarch, Diogenes, Phrynichus and Antiphanes to Menandrus and Shakespeare, Timon of Athens remains a timeless tragicomic symbol of a man who loses his faith in humanity.
Stathis Livathinos’ “all-time-classic” ensemble of devoted actors, well-trained in his particular way of working, together with young actors from the new generation, give a rhythmic, fresh, strong performance that also has choral segments and plenty of music! 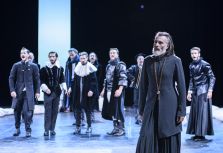 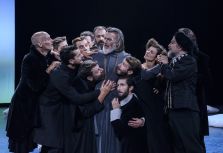 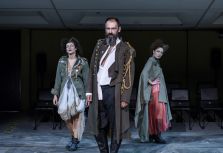 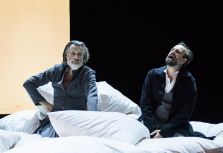 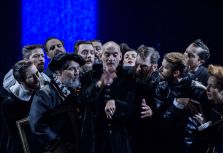 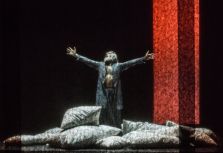