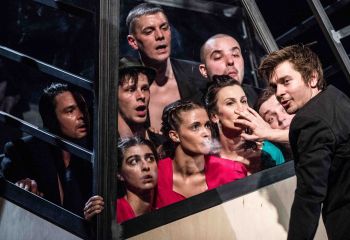 
Based on the writings of Thomas Bernhard, the new premiere of the Forte Company focuses on how one coexists with the sins of the historic past? The performance is based on the partly quoted work Die Italiener, and written in the intellectual spirit of Bartók’s string quartets.
According to the story, a tense atmosphere reigns in the old-fashioned upper Austrian manor house. Among the guests arriving for the funeral of the father who has taken his own life, there are those who wish to escape the mournful atmosphere of the house and go out to get some fresh air. However, in the clearing behind the greenhouse – surrounded by unspoiled nature - there is a visible light spot in the grass: the contours of a wartime mass grave, which deeply embedded itself into the family’s memory. The “misfortune” and subsequent “horrible funeral service” bring everything to the surface. As they line up by the catafalque, the relatives talk among themselves, while constantly insulting the father and the parental home. It is impossible to get rid of the overwhelming memory of the last voices of the victims buried underground.
“I could not even imagine my encounter with them, my dad's lifelong friends, as you might call them, with whom as I later learned after the war, he had the most intimate connection, although he knew that they were snitches and killers; while knowing all this, he provided shelter for them, giving them food, tending to their needs, until they could overcome their difficulties – as my father put it. [....] I have to accept these people, I thought, there is nothing else I can do. These people, who were my so-called compatriots, these National Socialists, who were decorated by the bloody regime. I will have to shake the hands of these secret leaders, I thought, and I will not be able to prevent them from sitting in the first row when the funeral begins.”
Thomas Bernhard: Extinction
Sponsors: EMMI, EMET, NKA, Workshop Foundation, Trafó House of Contemporary Arts 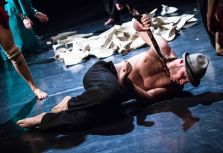 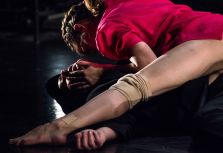 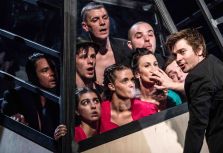 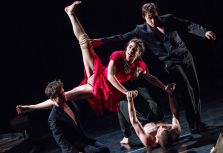 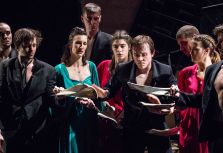 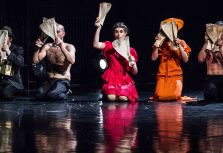 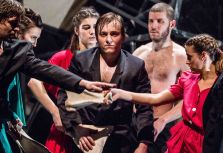