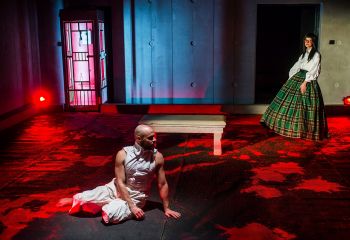 Klim Kozinsky’s debut production is based on two works: Fyodor Dostoevsky’s The Idiot and Gottfried Leibniz’ Monadologie. The treatise of philosopher and mathematician Leibniz, wherein the soul grows and returns to its Creator by means of comprehending the notion of an ideal world through reason, is set on a collision course with Dostoevsky’s novel. Prince Myshkin, being either spiritually blind or a genius, seeks to embrace life dogmatically, thus violating the natural course of things. The clash of ideas and reality generates a war embodied in the performance by the geometry of design and space, where every movement and every spoken word become elements in a strange dream. The set and costumes by Anastasia Nefyodova reference famous 20th-century paintings, and round out the production’s surreal appearance. The performance was an entry in the Russian Case festival within the Golden Mask Festival, 2018. 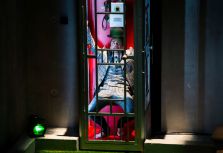 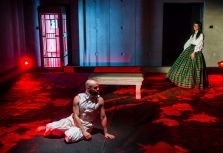 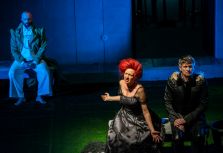 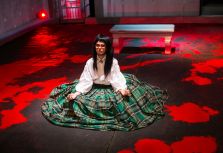 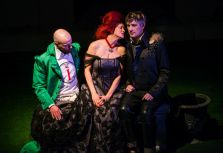 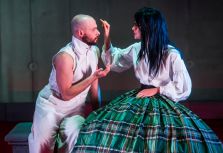