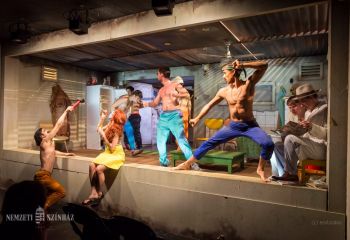 Tickets
Textbook made by Miklós H. Vecsei based on Csaba Kiss's facsimile translation

The protagonist is the epitome of the common man who is unable to handle the war and the vices of society. A “paper boat in the middle of the ocean”, he is failed by his environment, mostly consisting of tight-lipped, burned-out characters who are gripped by anxiety, destructive instincts and love that has gone sour. Redemption offered in the form of a way out of this situation is constantly at arm's length, but its closeness only accelerates Woyzeck's fall towards his tragic end. Like an entranced circus artist, he is overcome by gravity with an inevitable fall.
Through the work of Büchner, the young team of creators is looking for answers to the question of whether we can still recognize and relive our emotions and our humanity in our apparent loneliness, while battling for fictitious ideas. Which ideas can be considered natural and which ones are the destructive products of an artificial social process?
“Certain occasions are, how shall I put it, too significant to be exploited. Certain things will be shipwrecked onto themselves.”
Franz Kafka 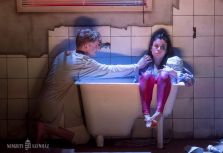 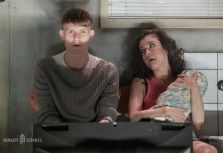 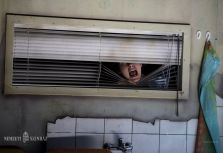 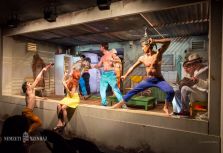 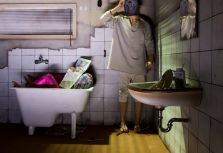 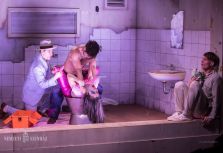