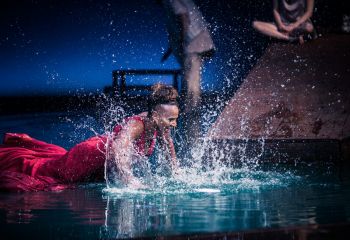 
The protagonists of Iphigenie in Aulis are sitting around in ancient Greece and waiting. Among them, there are a few soldiers: Odysseus, Agamemnon, Menelaus. On the other hand, the characters of Occident Express are running for their lives, in 2015. These are simple people: Haifa, Nasim, Sadiq. In Euripides' tragedy, all want one thing: to burn the city of Troy down to the ground. In Massini's drama, all they want to do is to get away from the war, to leave scorched-earth behind, to reach the Promised Land - the continent of Europe, praised for peace and prosperity.

Director Anna Badora has repeatedly examined the conflicts of the present age by approaching them through ancient themes. Occident Express provides the template for a proposed experiment: Are we able to use theatrical means to tell the story of a dreadful journey without tapping into refugee folklore? 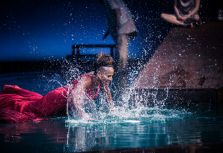 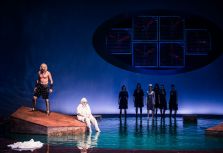 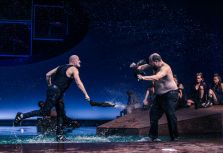 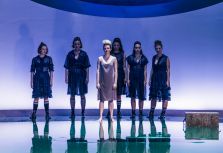 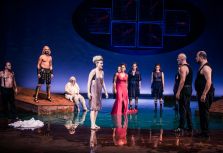 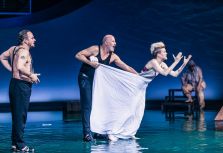 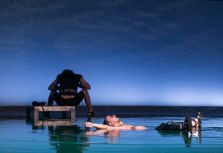