Josef Nadj, workshop
Josef Nadj's workshop will be held in Tranzit House onNovember 28. Born in Kanjiza, Voivodina, the world-famous dancer and choreographer learnt mime and movement in Paris from Marcel Marceu and Étienne Decraux and discovered butoh, contact dance and acrobatics there as well. In 1986, he founded the now world-famous Theatre JEL, also in Paris, and presented his first independent production, Peking 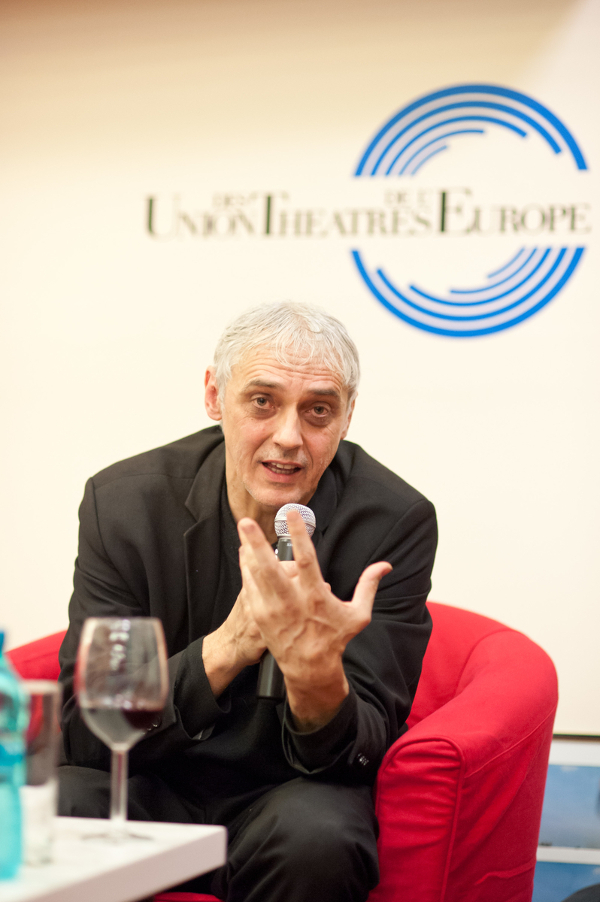 Duck, in 1987. Nadj's performances combine playfulness, dance and theatre. Since 1995 he has been the director of the National Choreographic Centre of Orléans, considered one of the best among contemporary theatres. A recipient of several important theatre

prizes, Josef Nadj has been presented with the prestigious European Theatre Prize as well.

"Movement, play, theatre, creative art, and performance - this is my life. As a matter of fact, my desire to pass on my knowledge to those younger than me is a debt I am paying to those who taught me. Everything moves in a circle, and this is all well", said Josef Nadj about teaching. Two performances of this versatile artist have been invited to the INTERFERENCES Festival. Songs of Wilhelm will be presented in the Studio onNovember 29 and Paysage Inconnu will be presented in the Main Hall on December 1. An exhibition of Josef Nadj's Photograms will also be shown during the Festival at the International Art Gallery Angels.

Pansori is a comprehensive performing art that was developed in the south part of Korea in the 17th century. The word pansori was born out of the combination of the words pan (gathering place) and sori (song). Participants of a pansori performance include a singer, a drummer to provide the rhythm and the audience, who contribute to the game by crying out words of encouragement: choo im say. The singer tells a story while walking around a big stage where the audience is also seated. The pansori performance is an intimate communicative relationship with people, describing different walks of life, telling the stories of simple people in happy or sorrowful songs, and mocking the various classes and systems of society. 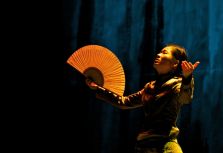 Jaram Lee enjoyed great success with her performance Ukchuk-ga based

on Brecht's Mother Courage and Her Children at the 2012 INTERFERENCES Festival. This year she will be present with another guest performance, Sacheon-Ga, also based on a Brecht piece. The aim of her workshop is to endear and make the audience acquainted with the basic elements of the traditional Korean genre of pansori. The workshop, which will run over three days, will be hosted by Tranzit House December 2-4.

The IATC is pleased to announce that a seminar for young theatre critics will take place during the 'Interferences' Theatre Festival. The two seminar groups (one French-speaking and one English-speaking) are formed by professional critics aged between 18 and 35.

The working groups will be monitored by experienced theatre critics Jean-Pierre Han (France) and Mark Brown (Scotland), both of whom are member of the IATC executive.