N. V. Gogol: THE DIARY OF A MADMAN 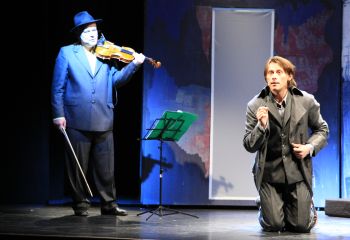 All other characters: ALEXANDER BĂLĂNESCU

Diary of a Madman is a unique show, where humour and drama overlap as insanity, creator of parallel worlds, overwhelms the protagonist's mind, fested by sadness and frustrations.

When loneliness and despair start to anguish somebody, the only solution to break out from the hostile reality is fantasy. Thus, one can build a new universe where everything is possible, and the border between real world and the world of fantasy becomes almost intangibly fragile.

What can be a more adequate approach nowadays, when the world seems to turn completely upside down, if not this Gogolian "madness"? In our lives there is so much unknown that everybody is trying someway to find escape in a parallel world, even if it is only fantasy. My performance is about weakness and imagination, no matter how morbid its source is. My madman lives in the insane rhythms of its own inside music played by an alter ego, which "enacts" all the other characters. I wanted to realize a fantastic and appealing symphony, with lights and shades of black humour, a subtle interlacing between text and music, between real and imaginary. 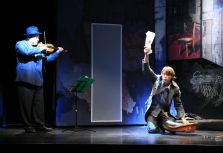 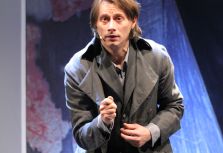 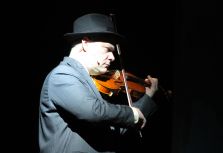 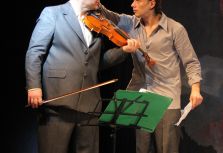 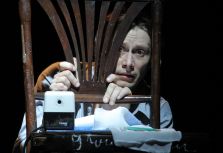 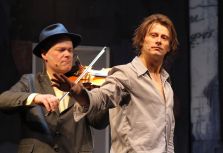