THE OLD MAN AND THE SEA 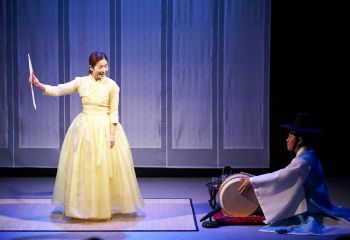 2h 15’ with intermission
In Korean with Hungarian, Romanian and English subtitles.
Age recommendation: 12+

The Old Man and the Sea is the story of an old fisherman living in Cojimar, a small fishing village in Cuba. Having made a living out of pole and line fishery all his life, the old man was a natural fisherman, managing to always catch the largest fish. However, after a while, his luck seemed to have run out, and he was no longer able to catch the big fish as he once used to. On his 85th day at sea, a giant marlin appears in front of the old man. And is it then that the biggest struggle begins between the marlin, deep in down in the sea, and the old man holding a fishing pole on its surface.

The Old Man and the Sea is the latest piece created by Jaram Lee, a highly acclaimed Pansori artist well-known in Korea and abroad for works such as Sacheon-ga, Ukchuk-ga, Stranger’s Song, and An Ugly Person / Murder. Lee’s new piece is based on Ernest Hemingway’s The Old Man and the Sea, recreated in Pansori form. Jaram Lee reaches back to the fundamental elements of Pansori, bringing the story to life using nothing else but a traditional Pansori language and simple percussion, the presence of which take over the entire stage. The piece is directed by Jihye Park of the ‘Yangson Project’ whom Lee previously worked with on Stranger’s Song, alongside scenographer Yeo Sindong. 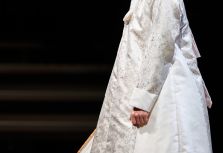 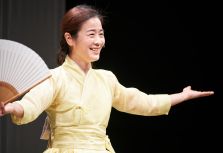 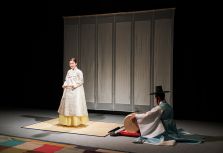 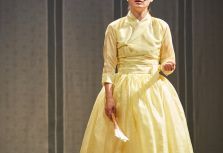 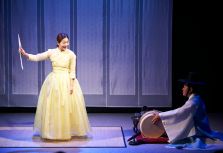