A co-production of the Hungarian Theatre of Cluj, the SNT Drama Ljubljana and the Constanța State Theatre (Romania−Slovenia) 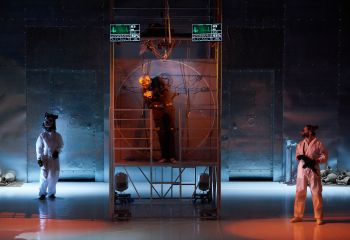 A co-production of the Hungarian Theatre of Cluj, the SNT Drama Ljubljana and the Constanța State Theatre (Romania−Slovenia)
Production premiered as part of the European Theatre Union’s (UTE) Catastrophe project.

Prometheus'22 wants to be a meditation of the condition of the intellectual in the 21st century. In the digitalized and powerfully manipulated news network and social media truth became over-relativized and even fact-checks can end up being considered as fake news. In an extremely ideologized and divided world, where dialogue became almost impossible and debates are reduced to extreme reactions, hate speech became a daily routine, often fueled by governments which support extreme political ideas. In these conditions the role of the intellectuals – scientists, doctors, artists – becomes more difficult but also more responsible, that of observing the world with an objective eye and share their knowledge to the people even with the risk of being persecuted in the same way as Prometheus has been in the mythological time.

The performance tries to approach to the myth of Prometheus from a more ironic perspective exploring its significance in the context of our contemporary world. 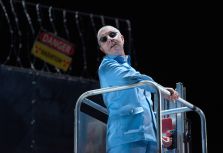 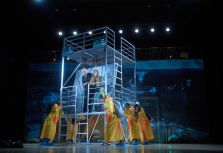 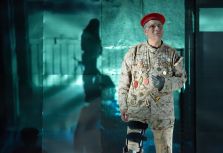 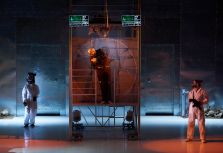 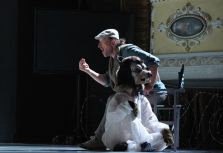