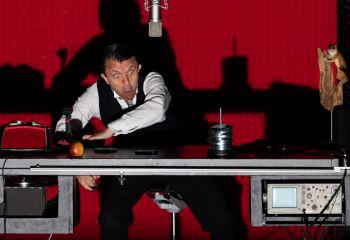 1h 10’ without intermission
In German and French with Hungarian, Romanian and English subtitles.

I don’t travel anymore. Travelling – what possible interest could that have for me? – These are the words with which the painter and poet Henri Michaux began his text Liberté d’action [Freedom of Action] in 1945. Theatre director Heiner Goebbels has chosen this particular title to present his latest piece, which sets Michaux’s words to music. For this staged concert, Goebbels is collaborating with two pianists of the renowned Ensemble Modern. He is interlacing the sounds of prepared pianos with a contrasting and competing voice. Virtuoso actor David Bennent meanders through the poet’s explosive worlds of ideas, sketching images of a mysterious and inhospitable universe and shifting the power of agency and freedom of choice to the mere imagination. Through language, voice, music, and stage setting, Freedom of Action explores notions of autonomy and dependency. 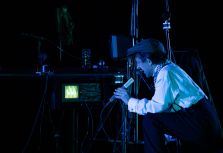 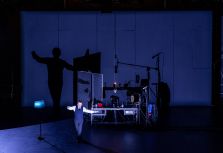 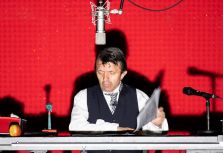 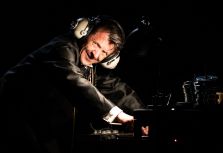 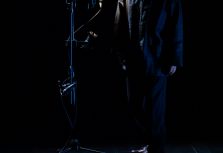