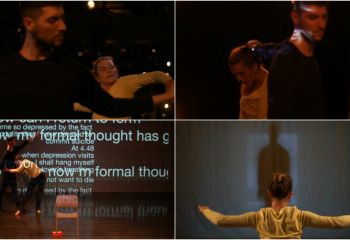 1h20' without intermission
In French with Hungarian, Romanian and English subtitles.

The world was really disintegrating more and more at that time... Six months after completing these pages, I thank you my beloved as I love you like no other has ever loved anyone before.

Charlotte Salomon (1917-1943) was a German painter of Jewish origin. The range of her paintings is very rich, combining influences from Henri Matisse and Marc Chagall. Charlotte Salomon entered the Academy of Arts in Berlin in 1936. She fled Germany in 1939 and found refuge in the south of France, in Villefranche-sur-Mer. There, she created her masterpiece Life? Or Theatre? between 1940 and 1943, which she considered "her life's work". She died in deportation on October 10, 1943, at the age of 26. Through her art, she tried to ward off the fatalities of her own life and those of the horrors of war, in order to create "something truly crazy and singular".

Life ? Or Theatre? is Charlotte Salomon's most important work. A comprehensive work. A dazzling graphic novel, with more than 1,325 gouaches and watercolors, accompanied by musical references, where she depicts her life.

After a Villa Médicis hors les murs residency, I have begun a series of works based on the emblematic work Vie ? Ou Théâtre ? by Charlotte Salomon. The creation of Vie ? Ou Théâtre ?, began with Life or Theater (2014), a piece mixing dance and theater, with choreographer Alonzo King and musician Kantor Richard Kaplan at the ODC Theater, San Francisco. A second production followed, Let my people Go (2017), in collaboration with artist Ghiora Aharoni, presented at New York lives ART. The cycle concluded with a third piece, Hug the Night (2018), at Laba Theater, New York. These three pieces were created with an actress and dancers, around a series of improvisational movements, based on the paintings and texts of Charlotte Salomon. Finally I created a fourth and last part of this cycle: Vie? Ou Théâtre ? (2020). A poetic and sonorous staging, bringing together musicians Ami Flammer and Paul Serri, alongside dancer Anna Chirescu, around the reading of an unpublished letter, written by the artist herself, addressed to her lover.

In this final creation, Life? Or Theatre? takes up fragments of my last three triptychs, rendered as a tribute to the life and work of the artist. In a more musical version, I propose a staging based on space and movement, articulated by dance, music and text, so present in the work itself of Life? Or Theatre? Onstage, the text is the backbone around which video, music and movement gravitate. Alongside the actress, the dancer Anna Chirescu and the musicians Ami Flammer and Paul Serri, give off a ghost-like presence. A sensitive relationship between text and dance evoke a dialogue of meaning, where “the union of the arts is necessary for the healing of a damaged life”, the foundational approach of Charlotte Salomon’s work. 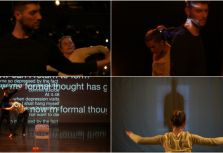 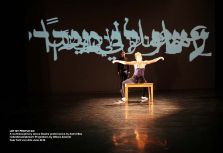