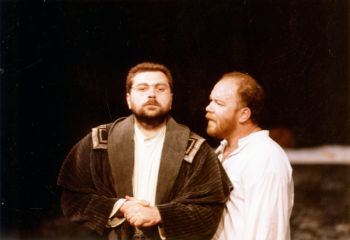 The Winter's Tale, one of Shakespeare's later romantic comedies, offers a striking and challenging mixture of tragic and violent events, lyrical love-speeches, farcical comedy, pastoral song and dance, and, eventually, dramatic revelations and reunions. Thematically, there is a rich orchestration of the contrasts between age and youth, corruption and innocence, decline and regeneration. Both Leontes' murderous jealousy and Perdita's love-relationship with Florizel are eloquently intense. In the theatre, The Winter's Tale often proves to be diversely entertaining and deeply moving.

"For me, this Winter's Tale is one of the deepest Shakespeare's plays, very special, which was written during the final years, together with Cymbeline, The Tempest and Macbeth.
The play tells us about the extraordinary strength of the theatre, about fairy tale characters which are not real, living only for a moment. This is precisely the image of the theatre, where people gather to listen to stories which impress us, as if they were true. This game, between real and unreal, is the exact definition of the theatre. I love the complex constructions."

One of the most distinguished directors of the contemporary dramaturgical landscape, Alexandru Darie was known for his spirit, always on the look for new ways of expression in drama theatre and opera.
He graduated from the Academy of Drama Theatre and Film in 1983. In 1992, he assumed the position of resident director at Bulandra Theatre.
His first notable success was the performance with A Midsummer Night's Dream by William Shakespeare, a production that The Guardian considered to be the best after the one directed by Peter Brook. Amadeus, The Maids, Dangerous Liaisons, Mephisto, The Winter's Tale, Julius Caesar, Three Sisters, The Comical Illusion, Anatomy.Titus.Fall of Rome, The Triumph of Love, ‘Tis a Pity She's a Whore, Orpheus and Eurydice, Notes of a Stranger, Conversation after a Burial and The Bach Files are just some of the acclaimed plays he put on stage in Romania throughout his career.
In 2002, Alexandru Darie became the general manager of Bulandra Theatre, the place that would come to represent his artistic life throughout his last 27 years. In December 2006 he became the President of the UTE and during his first term, he organized the 17th edition of the Festival of the UTE at Bucharest, bringing together prestigious companies from 13 European states.
His last performance was the staging of Coriolanus by William Shakespeare, a super-production with 70 actors that opened on the 25th October 2018 to great acclaim.

Nominated five times at the UNITER (Union of the Theatres of Romania) Gala 1995 for Best Director, Best Production, Best Actor, Best Actress, Best Design; Awarded by the International Association of Theatre Critics for Best Leading Actor and Best Production of the year. 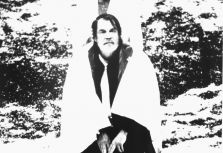 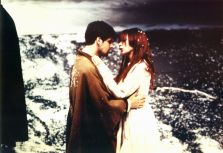 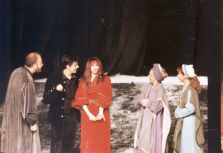