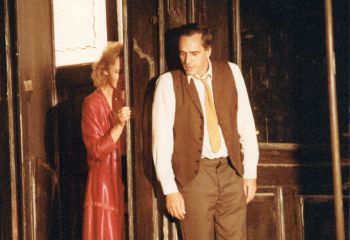 Filmed for television by MTVA

Milán Füst's play, written in 1928, takes place in the ancient Rome in 50 BC, and we can witness the complicated relationship and intrigues of Metellus, Clodia and Catullus. Milán Füst was inspired by the life of the poet Catullus, although his biography does not abound in dramatic events. Indeed, Milán Füst did not write a biographical or a historical play. He was mostly interested in the painful and cruel love which is central also in Catullus' poems: Catullus was the first poet to describe his love not only as a godess, but also as a torturing demon or beast, whom he loves and hates at the same time. The central theme of the play is passion, torturing love-games and the inscrutability of the human soul. Each character struggles in a web of unbearable relationships, and they are unable to accept or change their situation. Through Catullus' story Milán Füst speaks about his own philosophical and ethical problems, his idea of an unreachable happiness.

Gábor Székely was born in 1944, and graduated from the Theatre Academy in 1968. He became chief director of the theatre of Szolnok, and the following years under his artistic leadership meant a complete artistic renewal of the Szolnok theatre, just like in the case of Gábor Zsámbéki, who was chief director of the Kaposvár Theatre at that time. A few years later, in 1978, the two directors were invited to lead and reform the National Theatre of Budapest, which they left after four years. In 1982 they founded the Katona József Theatre, as an independent company, seceding from the National Theatre. Gábor Székely left Katona József Theatre in 1989. In 1994 he became artistic director of the Új Színház (New Theatre), which he led for four years. After 1998 he did not direct any theatre productions, but he dedicated himself to teaching: he became master of several generations of young directors. He left the Theatre University in 2020, as a sign of protest against the governmental abolition of the educational autonomy of the university. 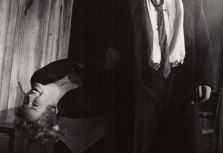 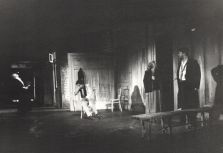 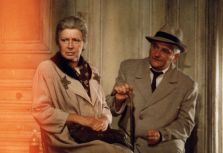