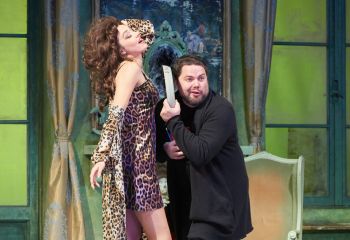 “I believe that the two one-act operas, L’Heure espagnol and L’Enfant et les Sortilèges, special manifestations of a Feydeau-type dramaturgy, truly suit me well. Essentially, L’Heure espagnol is a grotesque vaudeville that includes numerous autobiographical elements, while L’Enfant et les Sortilèges takes the shape of a surreal fantasy. By watching or listening to L’Enfant et les Sortilèges, any parent would realize the importance of a firm set of values that must be passed onto our children and the crucial importance of the appropriate methods employed in such a transfer. We need education to be focused on the human element, but also on character. I feel these things first and foremost as a parent, and I consider this work to be a superbly poetic approach regarding education, that is meant to familiarize us with the idea of freedom. I believe the grotesque and the absurd, as form, language, and as means of expression, are those closest to the world we currently inhabit, a rather grotesque world, where we get lost easily, and where we encounter great difficulty in our attempts to establish order and a proper value system. I have attempted to tie the two operas together, imagining them to be the fantasy or dream of the same child.”

Gábor Tompa graduated in stage and film directing from the I. L. Caragiale Theatre and Film Academy in Bucharest in 1981, having been the student of some outstanding, founders of the worldfamous Romanian school of stage directing, such as Liviu Ciulei, Mihai Dimiu, and Cătălina Buzoianu. Since 1981, Gábor Tompa has been directing at the Hungarian Theatre of Cluj, in 1990 he became the artistic director of the theatre and he undertook the management of the theatre as well.
He founded the Faculty of Dramatic Art in Cluj and has run its directing programme since 1991. He has been a guest lecturer at the Académie Théâtrale de l’Union, Limoges, Schauspielschule Freiburg, Brunel University, London, and Institut del Teatre Barcelona. He has staged more than 80 plays and produced another 80, directing in Romania and in countries worldwide, including France, Germany, Spain, the United Kingdom, Austria, Hungary, Ireland, Canada, Serbia, the Czech Republic, and South Korea. He has won the UNITER’s Best Director of the Year Award six times and received the UNITER’s award for Best Performance of the Year in 1989 for The Bus Station by Gao Xing Gian and in 2009, for Three Sisters. In 2002, he received the UNITER Award for Excellence for the many achievements of his career. His film, Chinese Defense, won the Best First Feature Award at the International Film Festival in Salerno, Italy in 1999 and was officially selected for the 1999 Berlin Festival.
He is the author of several volumes of poetry and essays on theatre, such as: A hűtlen színház. Esszé a rendezésről [The Unfaithful Theatre. An Essay on Stage Direction], Bucharest, 1987; Óra, árnyékok [Clock, Shadows], poems, Bucharest, 1989; A késdöfés gyöngédsége [The Tenderness of Stabbing], studies, Cluj, 1995; Aki nem én [He Who Is Not I] poems, Mentor, Târgu Mureş, 1995; Készenlét [Alertness] poems, Héttorony, Budapest, 1990; Lidércbánya [Mine of Nightmares] poems, Pallas Akadémia, Miercurea-Ciuc, 2004, and Címke-függöny [Label-curtain – Gábor Tompa’s private theatre dictionary], Bookart, Csíkszereda, 2010.
From March 2006 to April 2008 (when the Hungarian Theatre of Cluj joined the UTE), he was an individual member of the European Theatre Union. Between 2007 and 2019, he has been Head of Directing at the Theatre and Dance Department of the University of California, San Diego. In May 2018, he was elected President of the European Theatre Union. 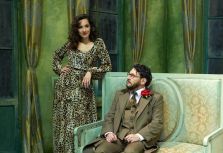 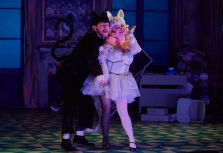 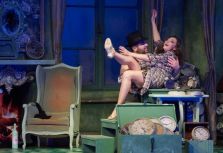 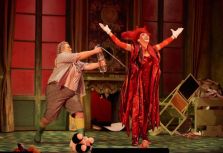 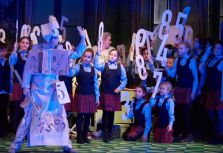 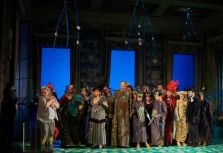 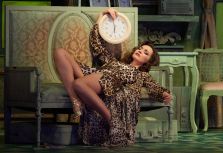 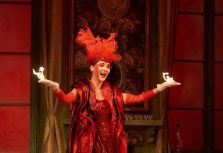 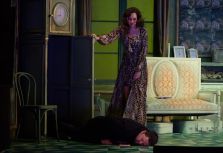 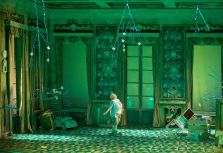 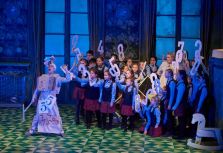 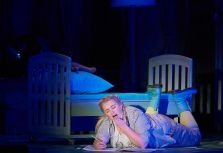