Madách Imre: THE TRAGEDY OF MAN 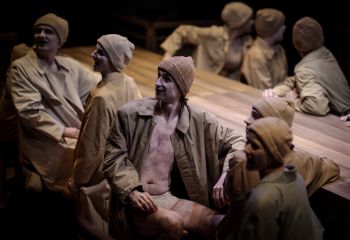 Duration: 2h
In Hungarian with Romanian and English subtitles.

"Even if we don't see him on the stage in Silviu Purcărete's vision, the Child is always present: we can hear his voice, see his clearface shining in the deep layers of every scene, his frailness and constant danger give meaning to our desire to get to know ourselvesbetter. This is an exceptional theatric laboratory, where the need for precision is not originated in the superiority of the judgementmakers,but only in love, compassion, and the joy of closeness and togetherness. Purcărete's unique humour, his legendary kindnessand modesty bring The Tragedy of Man to unexpected ties: Madách's great poem of the 19th century, difficult at a first glance, becomesalive and accessible, while his abstract philosophy-theology is truly vital. Purcărete reaches out to the great classic, he starts a profounddialogue and invites him as a guest in our age, full of contradictions, fear, anxiety, a time which is burdened more precisely by the fact thatdespair is no longer hidden." 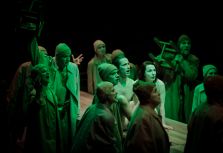 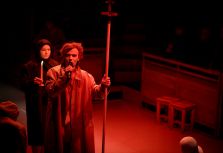 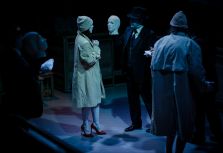 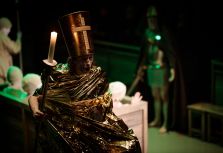 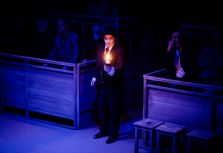 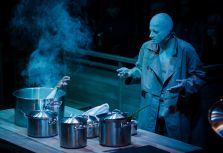 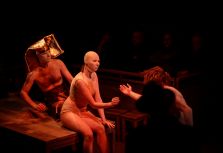 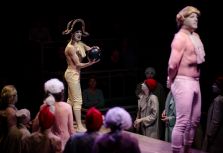 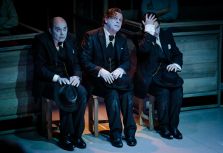