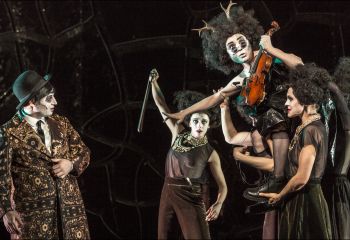 The universal language of music meets the international language of Esperanto in this debut opera by Ivan Acher. The carpenter, forest worker, designer and composer has cleverly blended electro-acoustic and contemporary music to breathe life into Ladislav Klíma's expressionist novel, The Sufferings of Prince Sternenhoch.
Trapped in an abusive marriage, a wealthy German prince desperately seeks a way out. But what appears to be the road to salvation soon turns into a highway to hell.

"I wanted to make a universal opera, interspersed with electronics and electroacoustics enough to allow me employment of my own inventions and on the other hand demonstration of instruments with unusual and original timbre. I used contrabassoon, as a bass instrument, which not only complements the spectrum, but also represents the whole bass line. Rhythm-wise, it is a very proficient instrument too. It can replace all the bass sources, otherwise necessary in orchestration. As a spectral stringed instrument with attack, I used zither, as thanks to its soundboard, it has a very wide chorus. By this chorus, this uncontrolled reverberation created naturally, by other strings, which are not active, a single instrument can produce strong, compact sound. I also used Tereza Marečková, who looks great with or without violin and plays both violin and viola. Tereza recorded all the backgrounds of big bowed string parts, everything from violoncello to violin. Visually, these instruments are very interesting too, that's why I pulled them out of the orchestra pit. The instruments like zither or contrabassoon are not commonly seen. Interesting side of this opera is that from musical point of view it is an unclassifiable genre and despite of the fact, that it's from fifty percent built on industrial and sonic timbre bases combined with continual melody of voices in Esperanto, it creates remarkable energy, that makes people response so positively to it. I've worked with Esperanto before. It is a very melodious language. Esperanto can substitute the greatness of bel canto expression and it allowed us to parody 19th Century opera, which was our intention. On the other hand, we didn't want to ridicule anything, it's just the traditional approach Klíma used: a journey from low to high forms, a search of beauty, in all its spectra.Esperanto proved to work well, with one exception. It's extremely difficult for the actors who have never spoken it before, to learn an hour and a half of opera in Esperanto. With our five actors, some of them never leaving the stage, it is almost an hour long continuous singing in Esperanto. That's the only little flaw on Esperanto's beauty.
Otherwise it's a great language, freeing brain of the informativeness burden in opera language, letting everything flow freely, in music alone. You either learn all important yourself or, if you are not good at adjusting your detectors to the action on the stage, you can always use subtitles.
Those respect the original and nobody would miss anything. We always have a choice."

Michal Dočekal was born in 1965, in Prague. He studied stage direction at Prague's DAMU, followed by a stay at the University of London, Queen Mary, and Westfield College. In 1991-1994 he was one of the directors of the Kašpar company, in 1994-2002 he was the artistic chief of Prague's Komedie Theatre (named Theatre of the Year in 1996). In 2002-2015, he served as the artistic chief of the Drama Company of Prague's National Theatre. In 2011, he was elected board member of UTE, becoming its president in 2015. Since 2018, he has been the artistic chief of Prague City Theatres.
He frequently directs abroad (Budapest's Vígszínház, Hungarian Theatre of Cluj, Bucharest's Bulandra Theatre, Bratislava's Aréna Theatre, and the Slovak National Theatre). His productions have received multiple awards and were invited to international festivals, including Divadlo in Pilsen, POSZT in Pécs, Interferences in Cluj, Festival of National Theatres in Warsaw, MESS in Sarajevo, Festival Iberoamericano de Teatro in Bogota etc.

A carpenter, forest worker, designer, musician and composer rolled into one, Ivan Acher naturally blends electro-acoustic and contemporary music. He founded WCAAM, a centre for retraining of trained musicians to become amateurs. As a composer and performer, he has participated in Vladimír Václavek's VRRM project and Pavel Fajt's Autopilote, and has regularly appeared with the NUO jazz all-stars mini big band. A seeker of cross-genre and striking solutions, he has employed musical and non-musical instruments, which he himself makes. Since 2002, he has collaborated with and composed approximately 20 pieces for the Agon Orchestra, specialised in contemporary music. Acher's compositions have been performed at classical music festivals in Prague (Prague Spring), Hamburg, Vienna, Bratislava, Budapest, Vienna, and other cities. To date, he has written music for more than 150 acclaimed dance and drama productions in the Czech Republic and abroad. He has received nominations for the Czech Critics Prize, the Alfred Radok Prize, the Czech Lion and Dosky awards. He has above all worked with the legendary Comedy Theatre in Prague (Dušan Pařízek's productions Kvartet Antiklimax, The Trial; David Jařab's productions The Sufferings of Prince Sternenhoch, Weissenstein, Heart of Darkness) and the Lenka Vagnerová Company (her dance show La Loba, which has received the Herald Angel Award at the Edinburgh Fringe festival; Riders, Gossip, and other productions). Furthermore, he has composed music for a number of productions at the National Theatres in Prague and Brno, as well as other Czech, Slovak and international stages. Ivan Acher has written scores for dozens of feature films and documentaries. He has also created film projections for theatre projects (Magor's Summa, The Trial, Heart of Darkness, etc.), photograph cycles (Gulliver's Travels, Males and their Young, etc.) and three collections of poems.

Awards:
Production of the year 2018 at Divadelní noviny [Theatre Newspaper] survey
Music of the Year 2018 at Awards of Theatre critics 2018 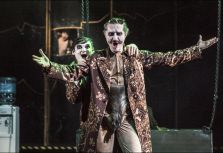 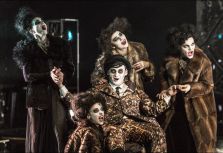 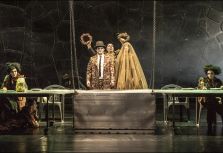 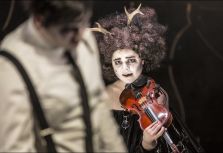 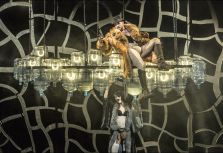 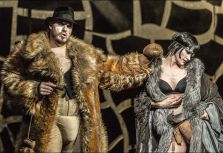 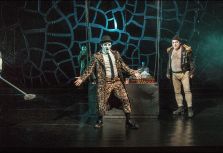 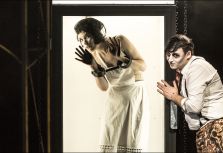 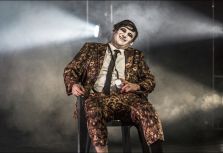 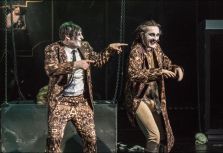 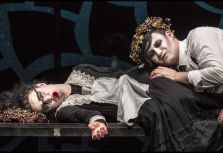