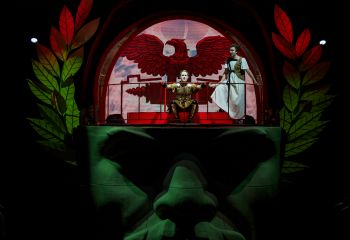 Co-production with the Holland festival (Amsterdam, The Netherlands)

Libretto: Boris Yukhananov, Dmitri Kourliandski
The opera's libretto is based on the play Octavia, attributed to Seneca, and fragments of Lev Trotsky's essay about Vladimir Lenin.
Translated by: John Freedman

Octavia. Trepanation, an opera by Dmitri Kourliandski staged by Boris Yukhananov, was created in the year of the centenary of the Russian revolution as a response to the need to reflect upon the nature of power, violence and tyranny, which is one and the same at all times and epochs. The early USSR, Ancient Rome and the Chinese Empire coexist on the same stage. Lev Trotsky makes monologues about Lenin, Nero is tormented by the thirst for murder, headless Terracotta warriors keep silent. The director and the composer define the work's genre as an "opera-operation." The essence of this operation is the trepanation of revolution: by means of their artistic gesture this production's creators dismiss the source of bloody tyranny and forever invalidate the notion of war.
Kourliandski used the first bars of the revolutionary song "Varshavianka," one of Lenin's favorite songs, slowed down 100 times to open up space between the granules of sound - it is a metaphorical trepanation of sound.

There is an arc that connects this work with the end of the 1980s. Russia has survived three revolutions. The first was in 1917. The second was Perestroika, an era of regime change. The idea of connecting these two texts, Seneca and Trotsky, first came to me in the eighties. It was my desperate futurologistic cry. It was a declaration about what was going to happen to our country in the 1990s. It was a prophetic sense I had in my mind. Because we anticipated the coming spilling of blood and the coming fall of an empire, as well as all the horrible events in each individual life that were going to accompany this. And then all of it did occur. The revolution that is unfolding even now is akin to emptiness slowly doing vicious violence to itself. Here and now is when we need to speak about tyranny. This is the tyranny that emptiness wields over the human being. I recently came up with a formula. In regards to the individual, our era, as it were, markets emptiness. It puts forth special individuals whose function is to manage and deal in emptiness. Their revolution is the third revolution.

Boris Yukhananov is a theatre and film director, theoretician and teacher. He was appointed artistic director of the Stanislavsky Electrotheatre in 2013. Under his guidance, the theatre was completely reconfigured and reconstructed as a multicultural space for the contemporary performative arts.
In 2015-2020 at the Electrotheatre, he staged a five-day opera series Drillalians; a trilogy The Blue Bird, based on Maurice Maeterlinck's play and the memories of veteran actors of the theatre; a two-day production, The Constant Principle, based on The Constant Prince by Pedro Calderon and A Feast in a Time of Plague by Alexander Pushkin; a five-day new-processual project The Golden Ass, based on the novel by Apuleius; and Galileo. Opera for Violin and Scientist. Other recent works by Yukhananov include the opera Octavia. Trepanation, Orphic Games. Punk-Macrame, a new-processual project presented in 12 productions, revealed over the course of six days and evenings, and a diptych Pinocchio.Forest and Pinocchio.Theatre, based on a play by Andrei Vishnevsky The Mad Angel Pinocchio.
Boris Yukhananov has staged more than 40 productions in Moscow, St. Petersburg, Amsterdam, Vilnius and other cities. He has directed over 30 films.
Boris Yukhananov has taught directing since the 1980s, and in 1988 he founded the Studio of Individual Directing (MIR). The goal of this independent educational organization is to teach directing as a universal profession.

Festival participations:
In October 2017 Octavia. Trepanation was performed in the Italian city of Vicenza on the stage of the legendary Olimpico theatre within the framework of the Conversazioni festival.

In October 2019 the Russian premiere of Octavia.Trepanation  took place on the Main stage of the Stanislavsky Electrotheatre, Moscow, in the framework of the International Festival-School of Contemporary Art "Territory". 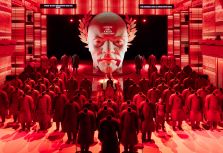 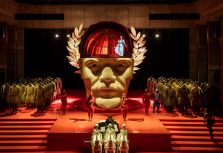 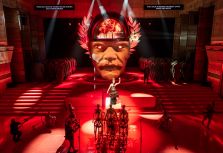 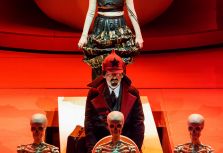 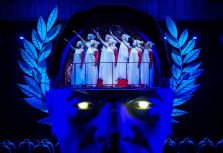 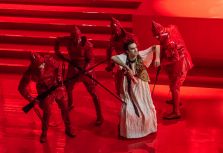 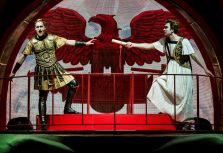