AFTER PAVEL SANAEV: BURY ME BEHIND THE BASEBOARD 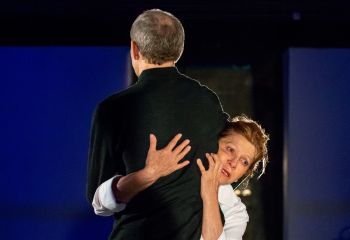 Parents and children quarrel, husbands and wives clash with each other, families and countries go to war. But the fiercest fights take place in the kitchen, because this is the place here the quarrels take place between the people who are closest to each other.
The viewer is not merely an eyewitness to the life where love is sometimes more frightening than hate. Everyone can imagine themselves as the child whose room door is the threshold beyond which the adults are fighting. A fragile world cracking along its seams.
The space of the performance - is just like a torn tablecloth set on the family table, where everyone pulls the child towards them, forgetting about the child himself.
In this context, the director has created a world where the little boy is placed outside of our line of sight, outside the walls of the home that has been turned upside down. All we hear is that he's playing in his room at one moment, while in the next he is hiding somewhere, away from his parents' fight.
In the largest city, at a noisy intersection, we can accidentally run into a person close to our hearts, while in the narrow corridor, our eyes do not meet those of our close relatives for years on end.

"The idea for the play "Bury Me behind the Baseboard", written based on a short story by Pavel Sanaev, was born during my studies at acting school. The main motif of the production is intergenerational friction. I tried to discover the most painful elements about the topic of both the artists envolved in the project, as well as the viewers.
And this became the basis of the work: when the viewer is placed within the story, he will become part of what happens, people talk to him, without pathos or politics. This is a conversation about real, honest relationships." 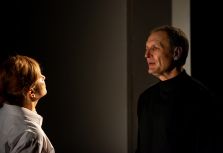 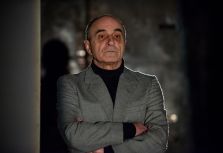 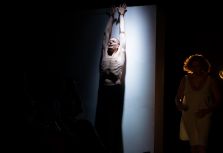 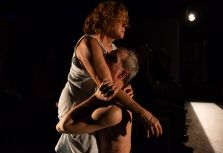 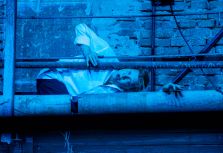 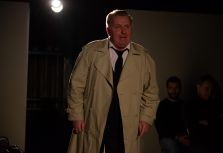 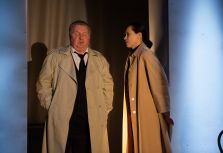 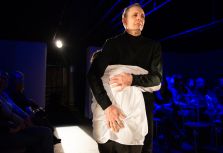 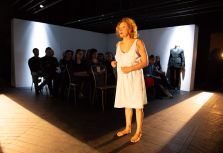 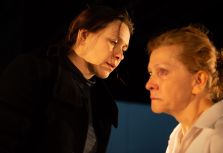