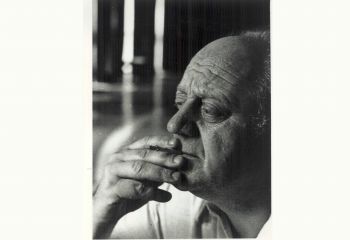 November 26 13:00 - Studio
„IF THE GAME TURNS INTO REALITY” – a 52-minute documentary on the life and work of György Harag

Made by GEO-ÖKOFILM KFT. on behalf of the Hungarian Art Academy

The Hungarian Academy of Arts has organized a year of remembrance in 2020 in honor of the great director Harag György, an outstanding and irreplaceable artist of the Transylvanian Hungarian-language theatre. The documentary film If the Game Turns into Reality was made as part of the remembrance. In addition to contemporary performance footage and archive material, the film features testimonies from colleagues, successors, friends and the director's widow about everyday life in the theatre of that era, Harag's working methods, his private life and the boundless love for his fellow human beings that radiated from his core and that permeated his entire life and theatre profoundly.