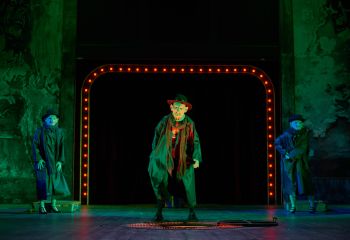 Ionesco's Macbett is not a simple parodic, inside out reversal of Shakespeare's masterpiece, but an x-ray as well as a revelation of the type of brutalized public life that has become close to being absurd. The play presents, through relentless murder, public life that is animated and pushed into the realm of chaos by constantly stimulated hostility. At the same time, Ionesco's Macbett talks about the absurdity of conspiracies. He addresses today's spectator with surprising acuity. "Shakespeare's Macbeth is a monster, while also being a puppet at the same time, of course, and Lady Macbeth is also a monster herself. My Macbett is not a monster. He's just as cowardly, vile and power-hungry as Duncan, Banco, Glamiss or Candor. He's an ordinary man." - says Ionesco about his caustic play that displays the intellectual and moral hollowness of man. It draws our attention to the fact that the political realm, ever since the Cold War years, is invaded by dozens of petty characters, devoid of ideas, who cling to power with bloody nails and who see no further than the obtuse logic of defeating and destroying their political opponent. The chance that arose in the 1930s - that clowns permeated by their obsession with power, and who engage in politics under the spell of bloodbaths to be brought to power through free elections - is not a thing of the past, but an ever-present temptation that we better face rather than continue to repeat its horrors, permeated by the illusion of perceiving ourselves as being enlightened. 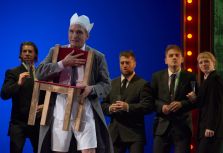 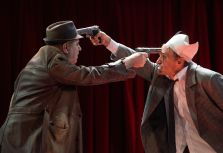 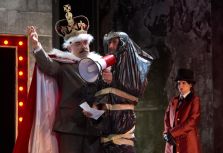 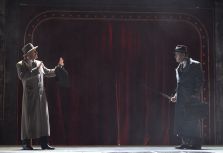 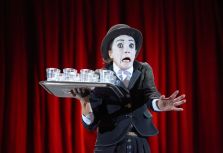