Edna Mazya: GAMES IN THE BACKYARD 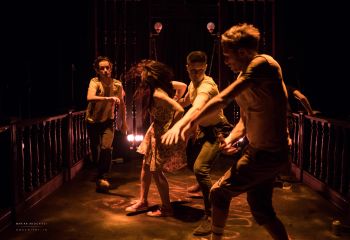 1h 15’ without intermission
In Romanian with Hungarian and English subtitles.
Age recommendation: 14+

Edna Mazya not only does the reconstitution of the trial of an extremely violent event that occurred in the lives of some young people, but also analyses the psychological mechanisms that allowed it to occur. Games in the Backyard is a performance about cruelty, an x-ray of the teenager psychic, a story about four boys and a girl living their last day of freedom, of childhood, of innocence. Last day without consequences!

The play has enjoyed enormous success both in Israel and in other countries where it was set up, especially because it transposes a true story of the trial of the aggressors in the case of a 14 years old girl’s rape, which happened in a rural community in the north of the country. The case shocked the Israelis, and the initial acquittal of the perpetrators triggered massive protests throughout the country. The publicity surrounding the trial prompted several women to gain courage and report various forms of aggression held in silence. 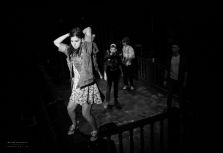 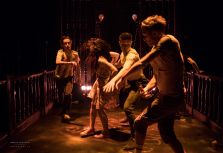 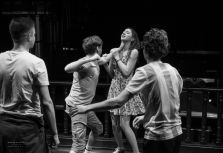 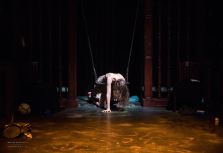 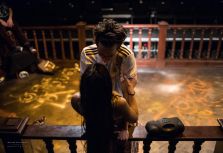