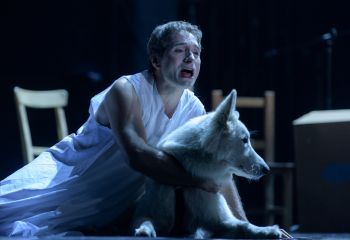 Directed by SILVIU PURCĂRETE
Dramaturg: András Visky
Set and costume design: Dragoș Buhagiar
Music composed by: Vasile Șirli
Director's assistant: István Albu
Dramaturg's assistant: Réka Biró
Video images: Cristian Pascariu
Correpetition: Zoltán Horváth
Stage manager: Pál Böjthe, Zsolt Györffy
"Julius Caesar is perhaps Shakespeare's toughest political drama, and it is amazing not only because of its perfect insight, but because of its surprising timeliness. The conspiracy of the Republican party organized by Brutus and his company for the public good does not establish order, but induces civil war and decay in Rome. Are we on the same road, a road beginning with the Arab Spring that will end with world chaos?"
András Visky
"For many strange prodigies and apparitions are said to have been observed shortly before the event. As to the lights in the heavens, the noises heard in the night, and the wild birds which perched in the forum, these are not perhaps worth taking notice of in so great a case as this. Strabo, the philosopher, tells us that a number of men were seen, looking as if they were heated through with fire, contending with each other; that a quantity of flame issued from the hand of a soldier's servant, so that they who saw it thought he must be burnt, but that after all he had no hurt. As Cæsar was sacrificing, the victim's heart was missing, a very bad omen, because no living creature can subsist without a heart. One finds it also related by many, that a soothsayer bade him prepare for some great danger on the ides of March. When the day was come, Cæsar, as he went to the senate, met this soothsayer, and said to him by way of raillery, ‘The ides of March are come'; who answered him calmly, ‘Yes, they are come, but they are not past.'"
Plutarch: Parallel Lives (fragment) 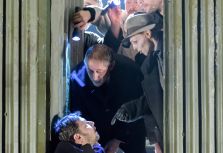 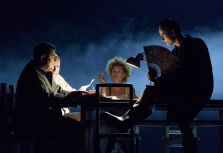 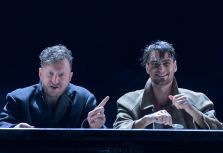 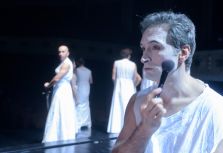 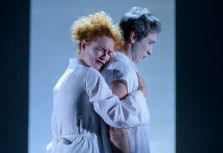 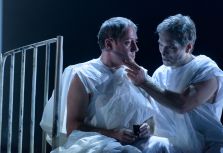 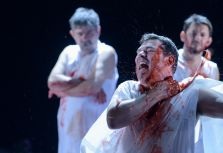 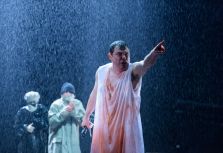 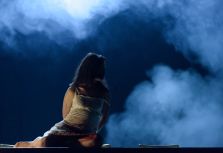 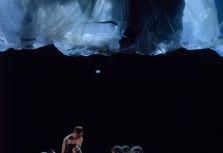