‘Space and Predicament' – an online talk with Declan Donnellan 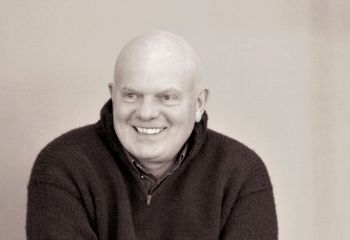 On the occasion of the 30th anniversary of the foundation of the Union of Theatres of Europe (UTE), world-renowned stage director, Cheek by Jowl's Co-Artistic Director Declan Donnellan will hold an informal online talk for young theatre professionals. The talk is for directors who would like to learn more about Cheek by Jowl's approaches to text and rehearsal, paying particular attention to the ideas expressed in Donnellan's book The Actor & the Target and the podcast 'Not True, But Useful...', including his philosophies on space, predicament, thresholds, and encounter.

Declan Donnellan is joint Artistic Director of Cheek by Jowl. He formed the company in 1981, with his partner, the designer Nick Ormerod, for which they have created over 40 productions, performing in over 400 cities, across six continents. Based at the Barbican in London, where they are Artistic Associates, the company produces work in multiple languages, including French, English, Italian and Russian.
Aside from Cheek by Jowl his productions include: Fuenteovejuna, Sweeney Todd, The Mandate, both parts of Angels in America (National Theatre); Le Cid (Avignon Festival); The Winter's Tale (Maly Drama Theatre of St. Petersburg); Shakespeare in Love (West End). Opera: Falstaff (Salzburg Festival). Ballet: Romeo and Juliet; Hamlet (Bolshoï). Film includes: Bel Ami.
For lifetime achievement he has received the Stanislavksi Award, the Golden Mask, the Charlemagne Prize and the Golden Lion of Venice. His book, The Actor and the Target, was first published in Russian in 2000 and has subsequently been translated into fifteen languages.

*The talk is by application only. The application process is organized by the UTE and admission will be based on suitability. 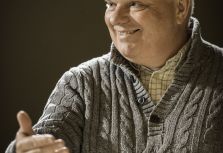