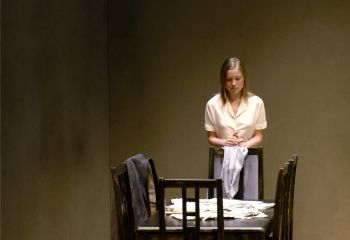 A suicide attempt by a young woman fails, but her misfortune earns the sympathy of the press, and she attracts a writer in search of a topic for a novel. No sooner can Ersilia cash in on her unexpected fame that she is trapped by her own lies. The more the writing process goes on, the more her confusion mounts; she is afraid of losing herself and becoming a nobody amidst the journalistic and writerly fictions inspired by her persona. This play - which examines the nakedness of life behind the veil of stories that everyone tells themselves - is the first of Pirandello's works in Stéphane Braunschweig's career as director.

In his play, To Clothe the Naked, there is no doubt that Pirandello foreshadows the processes by which one becomes a victim, just as we have come to know them today in our society of spectacle, which currently lives in the age of Big Brother. At the same time, he also places intimacy, displayed for all to see, on the stage, as well as the process of distorting or reconstructing reality, which can be found in all discourses we make of ourselves. As a "comedian" who has clearly read Ibsen thoroughly, Pirandello doesn't shy away from scrutinising the inner turmoil of the real creatures behind the comely façades which all long to resemble - he mercilessly rips their masks off, all the while knowing, perhaps, that their nakedness will not pave the way to their individual truths after all... His investigation also serves to give the audience a fresh pair of eyes - which delights so fondly in the misery of others, or in uncovering their secrets -, while he is dead set on not humouring the audience in the least. When art sets its sights on allowing life to manifest alongside all that is shapeless or indomitable within, it is the audience who stands revealed.

Stéphane Braunschweig (Paris, 1964) after founding his company in 1988, Le Théâtre-Machine, began to present his first productions Les Hommes de neige (The Snowmen trilogy with Woyzeck by Buchner, Don Juan comes back from the war by Von Horvath, Drums in the night by Brecht) which earns him his first of many prizes.
From 1993 until 1998, Stéphane Braunschweig directs the Drama theatre in Orléans where he creates a dozen productions (A winter's tale and Measure for measure by Shakespeare, Peer Gynt by Ibsen, Franziska by Wedekind.
He was apponted director of the Théâtre National de Strasbourg (and its academy) (2000-2008). Among several acclaimed productions, his staging of Ibsen's Brand (2005) and of Molière's Tartuffe (2008), Vêtir ceux qui sont nus by Pirandello.
Then after, director of the Théâtre National de la Colline (Paris, 2010-2015), where he staged Pirandello's Six Characters in Search of an Author and Mountain Giants, as well as several plays by Norwegian contempory author Arne Lygre, Ibsen's Wild Duck, A Doll's house and Rosmersholm.
In January, 2016, he is appointed director of the Odéon-Théâtre de l'Europe, where he created Tennessee William's Suddenly Last Summer (2017), Macbeth (2018), The school of wives by Molière (2018), Let you be by Arne Lygre (2019), Iphigenia by Racine (2020) and he will stage How you love me by Pirandello in January 2021.
Braunschweig started to stage for opera in the 90, and has often been invited at Theatre des Champs du Châtelet, Opera Comique in Paris, Staatsoper in Berlin, Festival of Aix-en-Provence, La Scala in Milano, La Monnaie in Brussels where he staged many operas by Verdi, Wagner, Janacek, Bartok, Mozart or Debussy.
He has also been invited to direct plays in Berlin, London, Milan, Frankfurt, Oslo or recently in Moscow (Uncle Vania by Tchekhov in 2019). 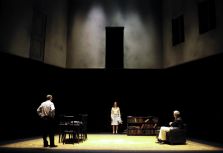 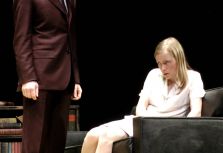 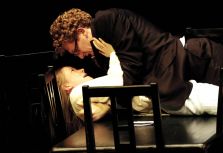 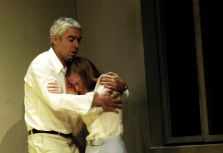