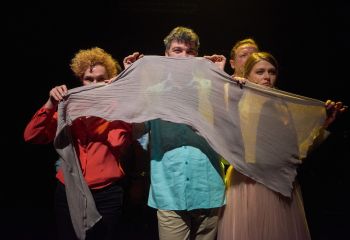 The topic of the production is vulnerability, in an age when it seems the only certainty is uncertainty – not only in the world, generally speaking, but also for the individual as such. The performance goes through the seven stages of fragility (Planet – Earth – Country – City – Family – Couple – Individual), thereby becoming a kind of journey in the
world of feelings, starting from loneliness and ending with solitude. Within the performance of (IN)VISIBLE, the images associated with a collage of texts written by Romanian and Hungarian contemporary authors form a continuous series, not unlike a visual installation. It is up to the viewer to curiously follow this process of reflection about themselves, the individual, living in the world, as well as the world that surrounds him.
“There are two principles I'm trying to take into account in constructing a production: what are the things that I celebrate and what is it that I am fighting against? In (IN)VISIBLE, I am interested in fighting the very aggressiveness of current certainties and celebrate their vulnerability. It seems to me that the world is becoming increasingly determined and ready to adopt particular positions. But I wonder, is this not the result of a type of generalized fragility? Our intention is to induce sensations and not to express theories. I (still) strongly believe that the theatre can truly sound the alarm as well as being a refuge from it all. And I also believe that under the social masks worn in different contexts in which we are coerced to have an opinion, a clear standpoint, to be for or against something, I still believe that behind all of these, the same fragile thing lies: the desire to be well, to reach peace within.”
Leta Popescu

The collated texts were written by the following authors: Dan Sociu, Andrei Doboş, Alexandra Pâzgu, Vlad Moldovan, Stelian Müller, Petro Ionescu, and Raul Coldea, V. Leac, Ionuţ Chiva, Balázs Szálinger, Elena Vlădăreanu, Ferenc André, István Domonkos, Katalin Ladik, Benji Horváth. In addition to the authors mentioned above and the volumes created by them, another work that inspired the performance and which is referenced is entitled Trado by Svetlana Cârstean and Athena Farrokhzad.
(IN)VISIBLE is part of the directing trilogy entitled Collage created by Leta Popescu, together with (IN)CREDIBLE staged at the Timişoara National Theatre and (IN)CORRECT at the Reactor de creaţie şi experiment Cluj.
“The Collage directing project took place between 2018–2020, although my interest in the collage of texts and stage images had emerged earlier, with the production of Fluorescent Proteins (2016, Reactor de creație și experiment, text by Alexandra Pâzgu). In recent years, I have taken the time to delve into and revisit those theatrical mechanisms that have been recurring in my performances. It occured to me at one point (as it is an idea that still stands today) that the poetry of the theatre does not lie in the created image by hiding its specific mechanisms, but lies precisely in its mechanisms. All three performances are based on paradoxes of vulnerability, on the conflicts inherent to human nature. There is an overlap of planes in all of them, either on the dramaturgical level, or on the level of the staging. I collated contemporary Romanian authors in Timișoara (Peca Ștefan, Mihaela Michailov, and Elise Wilk), poems written by Romanian or Hungarian authors at the Hungarian Theatre, and the family stories of the creative team at Reactor Cluj. And that's because I'm interested in our current and immediate present, the here and now. For me, the significance of this trilogy remains hidden in what is still undiscovered, undeveloped. And that makes me search again and again in my attempt to redefine, perhaps, the means of theatre as such."

Leta Popescu (b. 1989, Galați) has been active on the Romanian stage since 2013. In her performances, she approaches topical themes without turning them into a militant type of theatre, or that which serves a certain thesis. She tries to detect the vibrations of the world she inhabits with her creative team, she creates her own laboratories concerning directing, she shapes an attitude column in the Scena.ro magazine where she challenges to a dialogue the practitioners of Romanian theatre, she is part of the Reactor de creaţie şi experiment’s artistic team, she works on her PhD thesis entitled The Functions and Dysfunctions of the Repertory Theatre, and believes that humanity plays tricks on all ideologies. She has staged productions at the national theaters located in Cluj, Craiova, Târgu Mureș, Timișoara, at the Figura Theatre of Gheorgheni, and the Gong Theatre of Sibiu. She works simultaneously at Reactor-Cluj, Fabrica de pensule, Zug.zone, Teatru3G-Târgu Mureș, Replika-Bucharest. She is interested in the dramaturgy of contemporary Romanian and Hungarian-language authors, but she also dramatizes prose/poetry from the same sources. Among the dramatic authors she collaborated with are: Elise Wilk, Alexa Băcanu, Nicoleta Esinencu, Peca Ștefan, Mihaela Michailov.
Leta Popescu has directorial projects, the most recent being the Collage trilogy which includes (IN)VISIBLE at the Hungarian Theatre of Cluj, (IN)CREDIBLE at the Timișoara National Theatre, (IN)CORRECT at Reactor de creaţie şi experiment Cluj. Another one of her directorial projects is From the Prose to the Actual Performance, a project in which contemporary Romanian authors are dramatized and which has resulted so far in the following productions: End(prose by Florin Lăzărescu), Poker (Bogdan Coșa), Ghinga (Dan Coman). 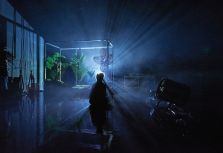 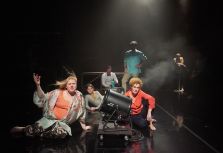 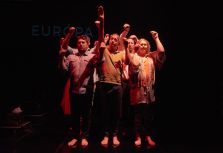 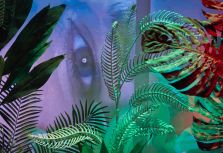 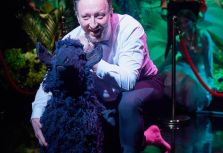 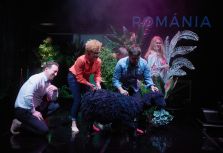 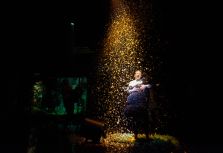 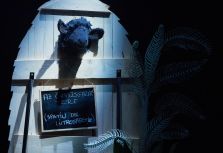 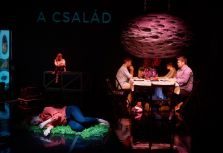 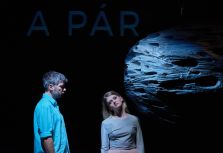