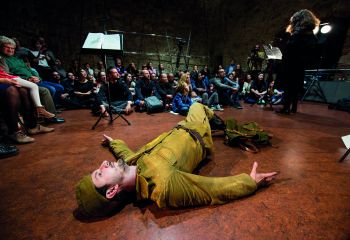 A soldier, who has been on leave for two weeks, is on his way home. He is tired, hungry, and eager to see his fiancée again. As he rests a bit, he takes his indispensable violin out of his backpack and begins to play. An old man appears asking for his violin in exchange for a miraculous book. Eventually, the soldier agrees to the exchange. Moreover, the old man asks him to stay with him for three days, to teach him how to play the violin. Being seduced by the promise of unforgettably hospitable welcome, the soldier accepts. Three days later, when he arrives in his village, no one recognizes him. At that moment, he realizes that he was not missing for three days, but three years, and that the old man was none other than the devil. Resigned, he goes out into the world and with the help of the book, he manages to earn a lot of money. But what good does it do, since he is always alone. He cannot stand the situation and destroys the book. Arriving into another kingdom, he hears that the king's daughter is ill and her hand is promised to the one who would heal her. The soldier thinks about trying his luck, but he knows he would need his violin for that. The devil appears with the violin and the soldier suggests for them to play cards. The soldier loses all his money, but recovers his
violin. Thus he heals the princess and marries her. Despite the ban on leaving the kingdom, the soldier leaves with the princess, taking her home to his native village. This decision made by the soldier will eventually render the devil victorious.
Camelia Hâncu
In 1998, I graduated from the Faculty of Theatre’s Directing and Theatre Department here, in Cluj. Between 1998–2000 I worked as an assistant director under director Alexandru Dabija, in Bucharest. Later, I staged plays based on Romanian and universal dramatic literature, in several theatres in the country and even abroad. The theatrical genres, I have approached over time, with more or less success were: black comedy, pantomime, animation theatre, monodrama, storytelling, musical theatre. Since 2019, I lead the ENTER Theatre and Film Association of Cluj, through which I managed to make my first short film, a cinematic poem entitled Peregrinul Apter / The Wingless Pilgrim, which has won two awards thus far. 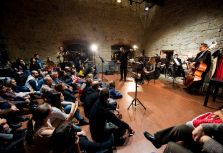 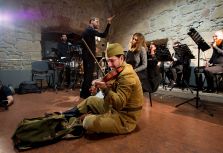 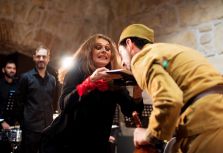 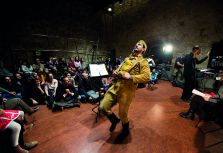 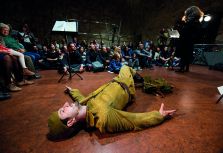 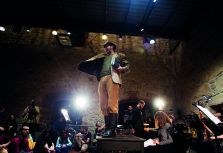 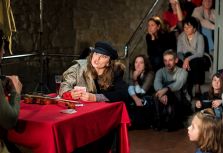 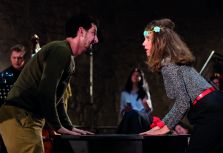 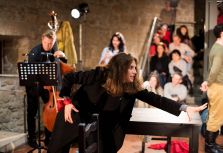 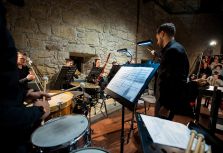