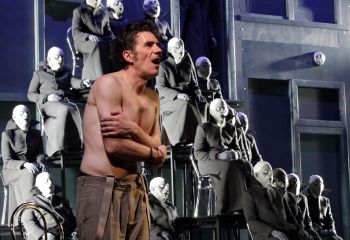 “Bérenger is an ordinary man who lives in a place that could be anywhere and, starting with the 20th century, anytime. His story begins when the city is hit by a new epidemic: people turn into rhinoceroses. For some, it comes as a natural inclination that is accepted with awe, for others, a choice, and for very few – a categorical rejection. Bérenger will fight a quixotic fight against the brute force that invades and irreversibly transforms his life. Not unlike Eugène Ionesco, Bérenger is impacted the most not by the violence of the actions witnessed, but the violence of the changes happening around him, their sudden and aggressive ideologization, the dreadful capacity for the self-annihilation of one’s personal history and free will. Faced with this wall, the human spirit seems powerless. Still, after losing everything, Bérenger is left with something that cannot be taken away (although history teaches us how older and newer dictatorships have worked hard to achieve such a goal), namely thinking. To question reality, to investigate evidence, to refuse to become colonized when the direction of the approach is wrong – these are the actions that destroys the rhino in us. Doubting renders us human.”

Gábor Tompa graduated in stage and film directing from the I. L. Caragiale Theatre and Film Academy in Bucharest in 1981, having been the student of some outstanding, founders of the worldfamous Romanian school of stage directing, such as Liviu Ciulei, Mihai Dimiu, and Cătălina Buzoianu. Since 1981, Gábor Tompa has been directing at the Hungarian Theatre of Cluj, in 1990 he became the artistic director of the theatre and he undertook the management of the theatre as well.
He founded the Faculty of Dramatic Art in Cluj and has run its directing programme since 1991. He has been a guest lecturer at the Académie Théâtrale de l’Union, Limoges, Schauspielschule Freiburg, Brunel University, London, and Institut del Teatre Barcelona. He has staged more than 80 plays and produced another 80, directing in Romania and in countries worldwide, including France, Germany, Spain, the United Kingdom, Austria, Hungary, Ireland, Canada, Serbia, the Czech Republic, and South Korea. He has won the UNITER’s Best Director of the Year Award six times and received the UNITER’s award for Best Performance of the Year in 1989 for The Bus Station by Gao Xing Gian and in 2009, for Three Sisters. In 2002, he received the UNITER Award for Excellence for the many achievements of his career. His film, Chinese Defense, won the Best First Feature Award at the International Film Festival in Salerno, Italy in 1999 and was officially selected for the 1999 Berlin Festival.
He is the author of several volumes of poetry and essays on theatre, such as: A hűtlen színház. Esszé a rendezésről[The Unfaithful Theatre. An Essay on Stage Direction], Bucharest, 1987; Óra, árnyékok [Clock, Shadows], poems, Bucharest, 1989; A késdöfés gyöngédsége [The Tenderness of Stabbing], studies, Cluj, 1995; Aki nem én [He Who Is Not I] poems, Mentor, Târgu Mureş, 1995; Készenlét [Alertness] poems, Héttorony, Budapest, 1990; Lidércbánya[Mine of Nightmares] poems, Pallas Akadémia, Miercurea-Ciuc, 2004, and Címke-függöny [Label-curtain – Gábor Tompa’s private theatre dictionary], Bookart, Csíkszereda, 2010.
From March 2006 to April 2008 (when the Hungarian Theatre of Cluj joined the UTE), he was an individual member of the European Theatre Union. Between 2007 and 2019, he has been Head of Directing at the Theatre and Dance Department of the University of California, San Diego. In May 2018, he was elected President of the European Theatre Union. 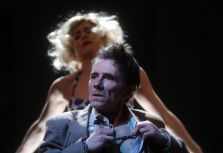 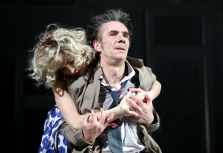 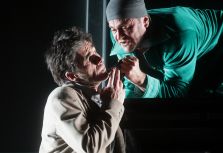 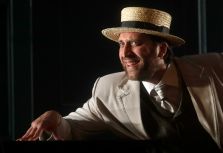 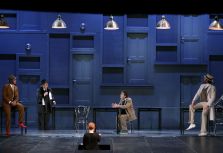 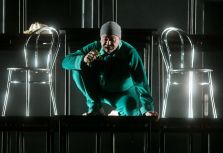 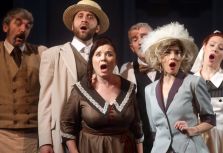 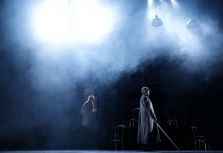 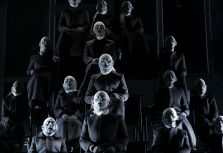