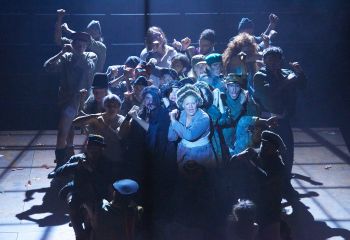 The performance was created with permission obtained from Suhrkamp Verlag AG, via the intermediary Hofra Kft.

The whole of Europe is ravaged; the continent is dominated by the chaos of the Thirty Years' War. In the midst of all of this devastation is Mother Courage, the indestructible sutler, with her covered wagon as she goes from one military camp to another. In spite of all the hardships, she would not want anyone to spoil her enterprise and ruin her war: the threat of peace would only jeopardize her booming business, while she has three children to raise. At first, her honest son, Schweizerkas, is the one to appear before a military court, since Mother Courage bargains too much on bribing those who could release him. He is followed by the sharp minded Eilif, and eventually even the mute Kattrin is shot as she performs her last heroic act. Mother Courage continues to follow the army and the war around, as the next business opportunity lies right around the corner.
Bertolt Brecht wrote Mother Courage and Her Children shortly before the outbreak of World War II, while he was in exile, in Sweden. Not only did he draw powerful images from the history of the Thirty Years' War to describe the imminent destruction of Europe, but he also pointed out that wars were first and foremost "waged based on the fear of God, for all that is good and beautiful" - nonetheless, victory is counted in the cash registers, not on the battlefield.

"Mother Courage and Her Children is about the life of a single woman who goes through the Thirty Years' War of the 17th century as a victualler, alongside her children. The war provides her with a livelihood, but at the same time, it takes away all three of her children. Mother Courage does not change: she learns nothing, she does not regret anything. She can always move on. Brecht and Dessau's play is a great tragicomic ballad about the meaninglessness of life, and the joy of life that will not disappear, not even in the most difficult of times. Because you have to keep on singing, dancing, and loving even when everything around you collapses. Nevertheless, the uninterrupted momentum of moving on also means that everything will remain just as it was."

Armin Petras (Meschede, Saverland, 1964) moved to the GDR with his parents in 1969. Between 1985 and 1987, he studied directing at the Ernst Busch Academy of Dramatic Arts, in Berlin. In 1988, he emigrated to the Federal Republic of Germany. After the regime change, he has worked at the Kleist-Theater Frankfurt/Oder, the Theater Chemnitz, the Freien Kammerspielen Magdeburg, the Schauspiel Leipzig, the Nationaltheater Mannheim, the Volkstheater Rostock, the Volksbühne at RosaLuxemburg-Platz Berlin, at Schauspiel Hannover, the Münchner Kammerspielen, and at Thalia Theater Hamburg, among others. Petras was the director of the Maxim Gorki Theater in Berlin from 2006 to 2013, while between 2013 and the summer of 2018, he filled the same position at the Stuttgart Theater. In 2005, the Federal State of Sachsen awarded him the Lessing Prize. Using the pseudonym Fritz Kater, he had written plays that he later directed himself; he has participated in numerous theatre festivals in Berlin and received the Mühlheim Prize for Theater, the Friedrich Luft Prize and the Else Lasker Schüler Prize. Armin Petras is also one of the most sought after contemporary authors in film and novel editing. Since 2013, he has been a member of the German Academy of Performing Arts.
At the Staatsschauspiel Dresden, he has – among other plays – directed Friedrich Dürrenmatt's The Visit, an adaptation of Heinrich von Kleist's The Earthquake in Chile, as well as the stage adaptations of Bertolt Brecht's Life of Galileo and György Dragomán's Bonfire. Together with playwright Jens Groß, he co-authored the stage production of The Tower for the Dresden Theatre. In the 2019-2020 season, he directed Mother Courage and Her Children also at Dresden. 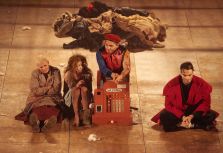 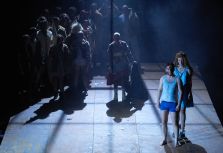 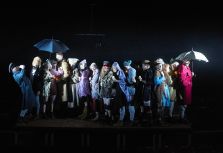 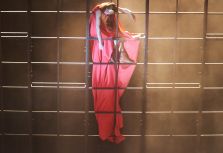 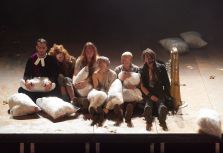 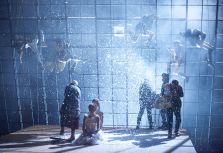 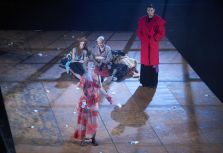 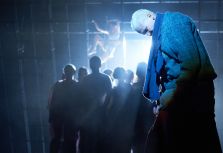