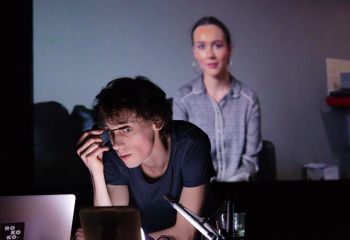 What can this body do?

“I bought a digital replica of a female body on the website www.3dscanstore.com for $12. The file contained a static, photorealistic representation in three dimensions of the naked body of a young woman. I used a free online tool to give her digital bones; this enabled me to get her moving. With the help of several Internet users around the world that I met online, I developed an immersive motion capture system. I bought a set of virtual reality equipment, including sensors, designed for playing video games. I positioned the sensors on my body, put on the virtual reality headset, and ‘became’ this young woman. I raise my hands, I look at them, and they’re her hands. I look downwards and my mind is fooled into thinking that I have the body of a woman. All the details of this body and skin are visible. I even catch myself thinking that it suits me. After this disturbing experience, I looked up the woman on social media by using the hashtag #3dscanstore. I discovered a selfie she had posted at the time the scan was done. I contacted her and suggested we meet. She accepted. I went to her home in England and filmed our meeting. We decided to call her Arielle. This encounter unsettled me, so I visited a psychologist and asked about the identity issues related to the perceptions of one’s own body. Snapchat dysmorphia, the desire to surgically transform oneself to resemble filtered selfies, is today recognised as a clinical condition. I also queried a lawyer about the legal issues related to the use of this digital body. The discussion with Arielle continued. We talked about what her body could do. She got me doing things I would never have done without this new body-image, which in a way became mine. Alone onstage with this commonplace virtual reality technology and the tools that I bought throughout the project – and with Arielle joining in on Facetime and the third presence of her body that I move around – I’m here to explain the story.”

At first sight, Simon Senn’s work sometimes gives the impression that he is a socially engaged artist speaking out against a certain type of injustice. However, his work reveals a more ambiguous approach. Even though to a certain extent, it is primarily based on reality, there is always a layer of fiction that is interposed. Simon Senn (born in 1986) lives in Geneva. He has completed a Bachelor of Fine Arts at the HEAD in Geneva (Haute école d’art et de design) and a Masters at Goldsmiths College in London. Simon Senn’s visual art is represented by Galerie Nicola Von Senger in Zürich, and his work L’hôtel des sapins is part of the Kunsthaus Zürich collection. He has exhibited at the Liverpool Biennial, the Institute of Contemporary Arts, London, and the Kunstmuseum Bern, and has won several prizes including the Swiss Performance Art Award, Swiss Art Award, and the Kiefer Hablitzel Award. 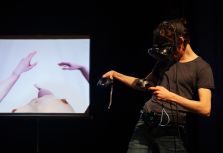 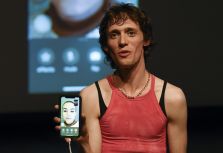 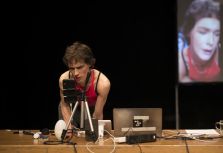 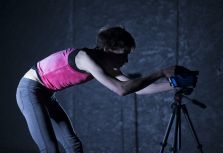 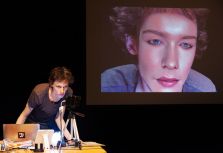 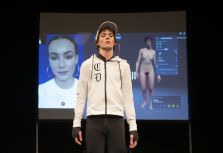