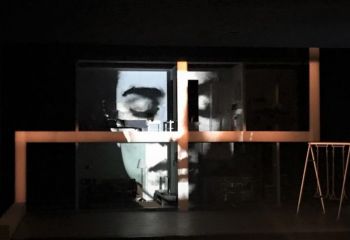 The etymology of the Castro surname is related to a castle, a fortified construction. Nuno Cardoso invites us to inhabit the confined, claustrophobic territory of a house-country in his staging of Castro (1598), a play by poet António Ferreira. After its March premiere at Teatro Aveirense, this production's national tour was interrupted by the lockdown that, curiously, sent us all to our homes. Castro confronts us with the concrete intimacy of characters that come across as captives of themselves. Like in Danton's Death, the issue of utopia and its dark reverse is exposed here: love/desire and power as addiction and chaos, as a blindness that 'tarnishes / The brilliant rays of the ancient glory'. And how that tarnishing impairs the powers of decision and replicates itself, tainting with blood and revenge the family's fabric, via a dislocation of Castro's focal point from Inês to Pedro's mirror-like relationship with his father, King Afonso IV. 'What has this star been, so fatal?'

Nuno Cardoso (Canas de Senhorim, 1970) is one of the most sought after and restless contemporary Portuguese stage directors. Over time, he has developed a personal and coherent aesthetic universe that tackles contemporary and classic texts, often in collaboration with the talented set designer F. Ribeiro. He works just as comfortably in creating sophisticated stage productions as he does leading more experimental projects within communities, combining professional and non-professional actors.
His stage career began in 1994, when he was a university student, at CITAC - Círculo de Iniciação Teatral da Academia de Coimbra. In the same year, he co-founded the Visões Úteis group in Porto, where he began working as a stage director, creating: José Gomes Ferreira's As Aventuras de João Sem Medo (1995); Dacia Maraini's Casa deMulheres (1996); and Porto Monocromático (1997). The latter creation, co-produced with the Teatro Nacional São João (TNSJ), marked the beginning of a fruitful partnership. At the TNSJ, he staged Mauricio Kagel's Pas-de-cinq + 1(1999); Frank Wedekind's Spring Awakening (2004); Georg Büchner's Woyzeck (2005), and Vassily Sigarev's Plasticine (2006).
From 1998 to 2003, he was the artistic director of Auditório Nacional Carlos Alberto, while between 2003 and 2007, he fulfilled the same role at the Teatro Carlos Alberto, which had already been a part of the TNSJ. In 2001, he co-founded Ao Cabo Teatro, which he led as artistic director until 2018. He had staged numerous productions of this company, based on texts by authors as Sophocles, Aeschylus, Racine, Molière, Chekhov, Ibsen, Eugene O'Neill, Tennessee Williams, Friedrich Dürrenmatt, Sarah Kane, Lars Norén, Marius von Mayenburg, among many others. Particularly noteworthy are his incursions into the dramatic realms of Chekhov (Platonov, The Seagull and ThreeSisters, 2008-2011) and Shakespeare (Richard II, Measure for Measure, Coriolanus, and Timon of Athens, 2007-2018). In his creative work, he examines the classical and contemporary repertoire in search of poetic fuel to feed a vision of the theatre seen as a machine for recognizing and rewriting the present. Since February 2019, he has been the artistic director of the Teatro Nacional São João. 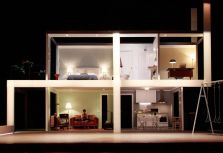 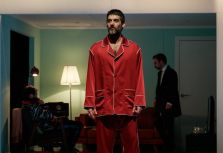 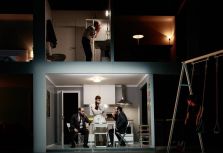 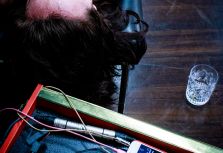